Why someone should want to drink dried leaves in boiling water? Answer: because he’s an ignorant monkey who doesn’t know better. Cute, huh? ~ Hitchhikers Guide to the Galaxy

Some four million years ago the genus Pan (chimpanzees) and the genus Homo diverged. That divergence began before the Panthera radiation, when lions and tigers started to follow their separate evolutionary paths. So, it has been a few clicks of the evolutionary clock since "monkeys evolved into humans." 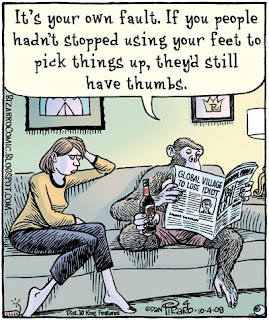 The separate paths Homo and Pan have taken is not necessarily to the advantage of humans. And it doesn't mean that evolution has ended.

In fact, there is some evidence that monkeys are beginning to look more like humans. 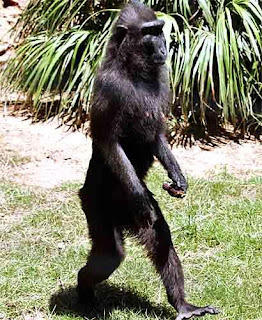 And that humans are beginning to look more like monkeys. 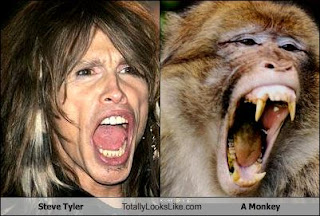 And, Christine O'Donnell is living proof that a well groomed ignorant monkey can get frightening close to the United States Senate.
Posted by knighterrant at 2:41 PM