I was eleven years old when JFK was shot in Dallas. I wasn't into politics then, I was more into kickball. Still, I remember that day and that weekend.

I was at school when it happened. We had just come in from morning recess and our teacher had pained, pale expression. She told us in an emotional voice, the only time I remember her being emotional, that the president had been shot. I remember we children discussed the assassination at lunch much like we had discussed the Cuban Missile Crisis a year earlier, with a calm rationality that is totally absent in today's modern Congress. I remember concluding that killing a president was treason.

When I got home, the black-and-white television was on and Walter Cronkite was talking. Kennedy has already been pronounced dead and Oswald had been arrested. I was watching when Air Force One landed with now President Johnson. I watched as Jackie disembarked, bloodstains visible on her dress.

The following days were non-school so I had the opportunity to follow everything on television. I was watching television on Sunday when Oswald was being transferred and was shot by Jack Ruby. I don't know if it was live or on film but my memory is that I saw the shooting live. I watched the funeral on Monday morning. I don't know if school was canceled or my mother let me stay home from school (or, and this is also possible, I watched a replay that evening).

Andrea Mitchell recently call the assassination the "most tragic day in American history at that point."  Probably not true, the Lincoln assassination was a worse single event and the Civil War seriously more tragic. But it was the first fully televised national tragedy. It was the beginning of a nation losing its innocence.

Five years after JFK was assassinated his brother Bobby and Martin Luther King were both murdered; in all three killings the conspiracy theories make more sense than the official verdicts. The six remaining years of the 1960's saw over a score of major race riots including the heavily televised Watts Riots. And there was the 1968 Chicago Police Riot at the Democratic National Convention. The Vietnam War raged throughout the following decade. The American people elected and reelected a criminal sociopath as its president (Richard Nixon).

To put it bluntly, Americans were deservingly smug and happy prior to 11-22-63. We've had our ups and downs after that date but we as a nation has been generally directionless and mostly miserable since then. The last great accomplishment America has achieved was fulfilling JFK's promise to land a man on the moon. History may very well record the date of November 21, 1963 as America's high water mark.
Posted by knighterrant at 11:50 AM No comments: Links to this post

As the Gun Nut Turns

I observed once before that George Zimmerman, having gotten away with murdering an unarmed teenager in Florida, seems to have gotten a taste for blood. Well, Zimmerman is in the news again. He got into a spat with his girlfriend...


A little aside here. What kind of damaged version of womanhood does it take to voluntarily shack up with an animal like George Zimmerman? I know there is a class of mental illness called hybristophilia where someone can only be sexually aroused by a bloodthirsty psychopath. The woman in question is way hotter than a worm like Zimmerman would attract unless she is even sicker than he is.

As I was saying, Zimmerman got into a spat with his girlfriend and he pulled out a shotgun, no doubt thinking Stand Your Ground also works in domestic disputes. He was quickly arrested. My guess he will be convicted because while she wasn't hurt she is a white woman and not a black teen and that makes all the difference in Florida.
Posted by knighterrant at 4:31 PM No comments: Links to this post

Talk about Chris Christie maybe, someday, becoming president (ain't gonna happen) got me thinking about other fat rulers in history.

In 881 AD, the great-grandson of Charlemagne inherited the great empire he had forged in Europe. While his granddad was known as "the Great," this guy was labeled Charles the Fat. Charles III was considered a sickly, lazy incompetent. Following his reign the Carolingian empire dissolved into a collection of kinglets (a real word). He was also lousy in the sack, managing only a single illegitimate offspring by a prostitute. Most of his later life was spent trying to wriggle into his doublet and getting his bastard kid a crown somewhere. He failed.

In the 11th century France had another rotund monarch, Louis VI, AKA Louis the Fat. His reign was less ignominious and he actually managed to father children. 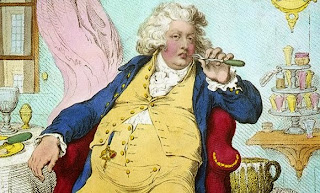 George IV (1762-1830) was a dashing young rake renown for his womanizing and extravagant partying. By the age of 23, the Prince of Wales was nearing bankruptcy. Parliament had to give he a whopping £26 million (adjusted for inflation) to pay off his debts. As George aged he kept up his fast lifestyle, unfortunately he body couldn't follow. His nickname changed from "First Gentleman of Europe" to "Fat Adonis." By the 1820's he suffered from gout and dropsy (edema), was addicted to laudanum (opium), and would spend all day in bed his massive frame barely able to catch it's breath. He was also, probably, insane like his daddy.

Henry VIII was once athletic but like modern football players he ballooned after he became more sedate. At the age of 44 he fell from his horse while jousting, the armored horse then landed on top of him. The resultant injuries combined with his already seriously ulcerated legs put an end to his active days. His excessive eating habits, however, did not change. He ate constantly, up to 13 meals a day. By his death, Henry weighed in at nearly 28 stones (400 pounds).

William Howard Taft was called Big Lub as a youth. He was a chubby baby, a fat child, a heavy youth, and a downright fatty as an adult. He weighed north of 300 pounds and once, famously, got stuck in his bathtub. In more than just profile, Taft is a model of Chris Christie. Handpicked by Teddy Roosevelt to succeed him, Teddy quickly turned on Taft, considering him a namby-pamby moderate. Teddy tried to take the re-nomination away from Taft at the convention and, failing, Teddy ran on a third party, splitting the Republican Party. President Taft ended up third in a three-way race that the Democrat (Woodrow Wilson) won. In 1921, Taft got the job he really wanted, sitting as Chief Justice of the Supreme Court. Sitting being the one thing he was most suited for. 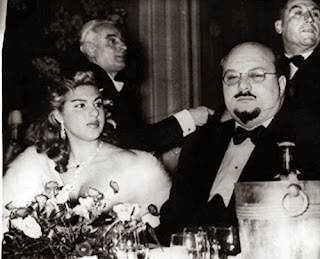 King Farouk of Egypt obtained the throne at the age of 16 and he loved the perks. He had dozens of palaces and hundreds of cars. He had a massive pornography collection, that he left behind when he abdicated although he did take his huge stockpile of champagne and Scotch. He also loved eating. He would eat caviar for breakfast straight from the can. Farouk weighed over 300 pounds. The CIA once plotted to overthrow him with a plan called Project Fat Fucker. Behind his back, Farouk's friends called him the "stomach with a head." Farouk died as he lived, gorging himself at a restaurant.
Posted by knighterrant at 11:06 AM No comments: Links to this post

Another Cavalcade of Cowards

The Heroes
Four Dallas mothers who went to a local restaurant to discuss among themselves sensible gun control. 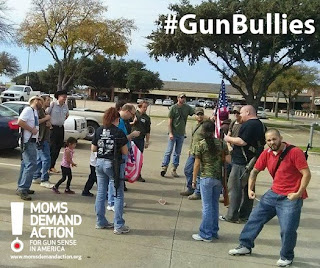 Some forty creeps, and a handful of their molls, who went to the same restaurant to hang out in the parking lot for two hours brandishing assault weapons in some sort of tribal penile display (note the guy in the red shirt). Forty men so terrified of just four mothers they had to bring enough weapons to arm an insurgency in the event the women confronted them. Forty men so piss-their-pants scared of life they are afraid to leave their homes without their blankey (or the Smith & Wesson version of a blankey).

In a dangerous situation I'd rather have one brave, unarmed mother than two score of these Open Carry pantywaists below.

Posted by knighterrant at 12:19 PM No comments: Links to this post

What Happened in Virginia (and New Jersey)

People are speculating why the Virginia elections were much closer than expected by pre-election polling. Some are blaming the ObamaCare problems. I have an alternative explanation. 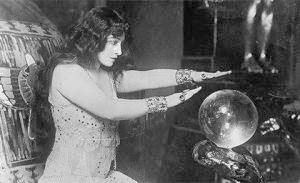 But, seriously, the Libertarian candidate clearly cost the Republican troglodyte the election. This is not a good sign for Democrats in the state, right now Virginia is not in play in 2016. Establishment Republicans will see this result as proof they need to widen the tent. Tea Partiers will see the result as more evidence of RINO treachery, mainstream Republican donors didn't flood the state with money supporting Cuccinelli's campaign, as well as libertarian betrayal. They will redouble their efforts to purge the Republican Party of oldthinkers.

The current meme, particularly from the news networks, is that Chris Christie is the clear favorite for the Republican presidential nomination. I doubt it. First, the Tea Partiers see him as Public Enemy No. 1, some are blaming Christie for the Virginia result because he didn't campaign for Cuccinelli. Mostly, though, I don't think Christie's "in your face" style will play well west of the Delaware River. Christie will have early money, will probably under preform in Iowa, do well in New Hampshire, and suck eggs elsewhere.

Posted by knighterrant at 9:03 AM No comments: Links to this post 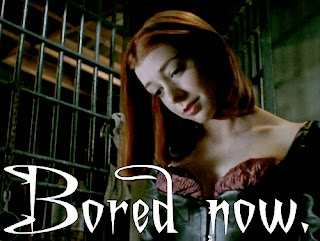 It's funny how the absence of a crisis makes for complete political disinterest. Some people are allegedly having problems with their health insurance. But I say "allegedly" because I don't know how much is just Republican hype, how much is people who never considered insurance before in their lives, an how much may, in fact, be genuine. I know that my experience was simple and easy.

There are no wars, to speak of, going on. We, somehow, didn't get suckered into the Syrian Civil War; much to the distress of Israel. The ongoing Iraqi Civil War may be our cause but it's the Iraqis problem now; kind of like putting that broken pot back in the box and sending it back to Pottery Barn and then blaming FedEx when it arrives shattered. Afghanistan is so far out of the headlines their country may have fallen into a black hole.

Sure, there is a diplomatic kerfuffle around the NSA but, come on, Edward Snowden has been around for months now, how could the Germans not know the NSA was spying the shit out of them.

Even the anarchist nut who went TSA hunting at LAX was only a half-day story.

There is meat on the story that former House Speaker Jim Wright and Texas legislator Wendy Davis are being denied voter IDs because of the new stringent Texas Jim Crow laws. I'll probably get to that soon.