How a Republic Falls

You know the old saying, "those who don't study history are condemned to repeat it." How the Roman Republic fell into dictatorship is an object lesson for our times.

Proliferation of Weapons
In the first century BC, it was illegal to carry weapons in the city of Rome. A supporter of Julius Caesar named Clodius ignored the law and organized armed gangs to harass citizens and disrupt elections. In response, a supporter of Caesar's rival, Pompey, named Milo (I really didn't make up these names) organized his own gangs of armed gladiators to harass other citizens and intimidate Caesar's followers. 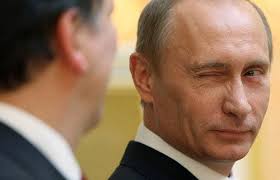 While bribing elections officials had been illegal, and common, for years, Caesar and Pompey stepped things up in 56 BCE. The elections that year were postponed for months because of street violence by Clodius. These riots were organized by both Caesar and Pompey to freeze out their rivals and insure total control of government. When the elections finally happened the Triumvirate won as much through intimidation as popularity. Pompey then oversaw the election of lesser offices (Praetors and aediles) and openly used armed thugs to force the result in his favor. 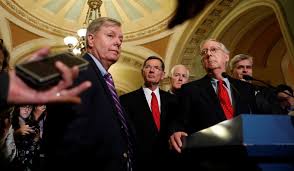 The Roman constitution was designed for consensus, actions by the upper class (senators) could be vetoed by the public assembly (tribunes) and vice versa. But, as government became polarized between Caesar's populists and Cato's conservatives, consensus became impossible. The constitution called for two co-consuls to share the leadership of the government.

Yet in 59 BCE, Caesar's first as head of government, his co-consul was threatened and humiliated to the point he spend most of the year hiding out in his house. In 52 BCE, Pompey was granted sole consulship (without an election) in the hope he could get something done. 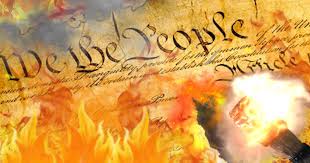 The Roman Republic had lasted for over 400 years, its constitution surviving invasions and civil wars. In these closing years of the Republic, Romans began seeing their constitution not as guideposts but obstacles. Increasingly, the constitution and Roman law was being ignored for convenience sake. 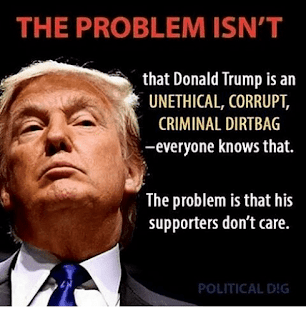 When Caesar crossed the Rubicon River in 49 BCE with his 13th Legion he was breaking the law. Had Caesar returned to Rome without his army he would have been arrested and tried for the many crimes he had committed in the previous decade.

No, I am not comparing Trump to Caesar. Caesar was intelligent, brave, decisive and ruthless in his quest for total power. Trump is a cowardly senile idiot who may stumble into a dictatorship just to cover up his money laundering.
Posted by knighterrant at 11:57 AM No comments: 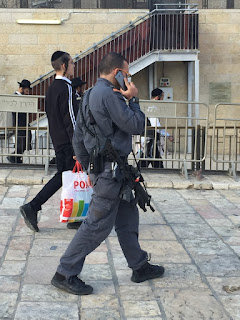 A couple years ago while walking Jerusalem's Old City, I stumbled upon a children's Purim party. Watching over the costumed children having fun were two uniformed men carrying automatic weapons. It was a bizarre sight, young children running around laughing while soldiers stood over them to prevent religious extremists from slaughtering the innocent.

It's a social deformity that Republicans want to bring to schools around the United States.

Of course, there are differences between Israel and the US.

Posted by knighterrant at 11:10 AM No comments:

Another day, another mass shooting. 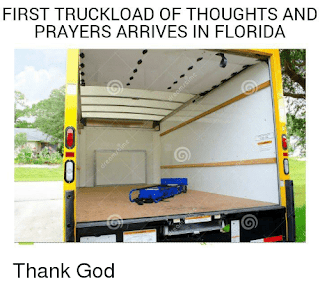 The Numbers
Americans die annually of gun violence (15,590 in 2017) at a rate close to the worst year of the Vietnam War (16,899 in 1968). Americans were outraged at the carnage of that war while this home front war butchery is accepted by most as routine.

During the entire nine year Iraq War 4,424 Americans dies. That many Americans die by guns (96 per day) every seven weeks in this country.

The Non-Debate
We are told repeatedly that discussing gun control immediately after a tragedy is "too soon" but after 48 hours it becomes too late as there is probably another mass shooting to be too soon to talk about. There have been thirty mass shootings in the first 45 days of 2018.

Suffer the Children
Children are special targets. In 2017, a quarter of those shot to death (3,966) were aged 17 or younger.

School Shootings
There have been seven school shooting in the first seven weeks of 2018, killing 20 and wounding 39. There were 226 throughout the entire one hundred years of the 20th century. So far in the 21st century we are only 14 shy of matching that total.

The Constitution Is a Suicide Pact
"A well regulated Militia, being necessary to the security of a free State, the right of the people to keep and bear Arms, shall not be infringed." Why is it that nobody reads the first half of the Second Amendment?

Hope Hicks Is a Bit of a Slag

I had something else planned but I can't help noticing that Trump's Communications Director appears to be sleeping her way through an awful lot of Trump's staff.
First there was the creepy story of Trump openly calling Hicks the "best piece of tail" Corey Lewandowski every had. Then came the news that Hicks is shagging serial wife abuser Rob Porter. As the cherry on top of this disgusting sundae is the rumor that Trump has an unnatural relationship with her.

I know this is slut shaming and I should be above such abhorrent behavior, but apparently not.
Posted by knighterrant at 9:41 AM No comments:


What Trump wants is to stand on an elevated platform...
probably joyishly applauding...
while tanks rumble down American streets...
like Washington D. C. was some occupied foreign capital.
He'll probably order American soldiers to goose step in parade because it's so showy.
Then again, maybe there will be one brave American patriot to show the world what freedom is really all about.

Posted by knighterrant at 10:06 AM No comments:

'If This Be Treason, Make the Most of It'

Donald Trump today called Democrats "treasonous" for not applauding him at the State of the Union. 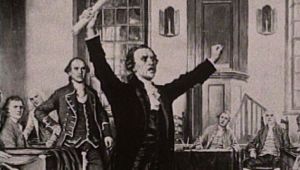 The first American legislator to be accused of treason for expressing his liberty from oppression was the great patriot Patrick Henry.

Stalin Is Rolling In His Grave 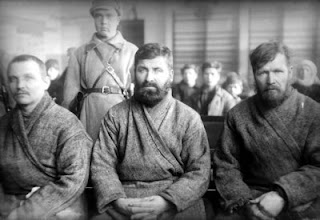 Old Joe Stalin knew how to purge government bureaus of their dedicated and honest workers and replace them with idiot sycophants. His show trials (this video about the 1938 Bukharin trial is worth a watch) displayed how to paint loyal patriots as traitorous scum. Even that other Joseph (McCarthy) knew to use public congressional hearings to slander innocent government employees.

But, a lightweight four page memo? Stalin's ghost is embarrassed.

Within the Fox-Breitbart echo chamber the Nunes memo will continue to be all the proof they need of treason most foul. Within the MSNBC-HuffPost echo chamber, where I live, this memo is such a nothingburger it is an insult to the very concept of nothingness.  To the people outside either chamber the 1300-word memo's convoluted vagueness will likely land like a wet turd in mud.


In chess the threat is often stronger than the execution. ~ Grandmaster Aron
Nimzowitsch

Trump's mistake was making the memo public. He should have kept it secret, blamed the secrecy on the FBI, and used it as the excuse for his FBI purge. As a secret, the memo contained all the conspiracies the human mind can imagine. Joe McCarthy knew this when he fabricated his secret list of "205 communists" in the State Department. Kept secret, it painted the entire department as treasonous.

Making the memo public robs it of its power. In the open, there is not enough there to justify show trials and purges. If anything, now people will want to see the Steele dossier for themselves and its continuing secrecy will be even more intriguing.
Posted by knighterrant at 11:32 AM 1 comment: