Tom Perkins and an Embarrassment of Riches

Billionaire Tom Perkins believes the extremely wealthy are a persecuted class. When I was young during the anti-communist frenzy of the late 1950's and early 1960's, being excessively wealthy was considered a sin. The Great Depression had wrung out of the population any respect for extreme wealth. The marginal tax rate under Republican President Ike Eisenhower was 90%, getting to be obscenely wealthy was virtually impossible.

Phrases like "obscene wealth" and "filthy rich" were common. The richest men in America were freaks like J. Paul Getty and Howard Hughes, misers and recluses that no sane person would want to replicate. Getty once berated his wife for spending too much money on health care for their ailing son Timmy who died at the age of 12. Getty also famously refused to pay ransom to rescue his grandson from kidnappers; he wanted any ransom to be tax deductible. Howard Hughes ended up living in squalor in the penthouses of five-star hotels he owned.

Wealthy people like George Romney and Jack Kennedy, who would be considered pikers by today's uber-rich standards, tried to live down their wealth, living simple middle-class lives, at least for public consumption.

In history there are occasions when the aristocratic rich become so arrogantly exploitative that the public rises up to destroy them as they have become monsters.
Today, we have millionaires pleading poverty, stating they cannot make ends meet on six and seven figure salaries because minimum wage workers are too greedy. We have billionaires like Perkins implying they are the Sun that warms the earth and without their economic prowess humanity would quickly descend into the Stone Age.
The best thing that could happen to the nation is a return to the higher marginal tax rates of previous prosperous decades.
The worse alternative is to continue allowing an aristocratic class to separate from the rest of the people until either the economy collapses again or the people rise up to kill the monsters pretending to be our financial gods.
Posted by knighterrant at 1:22 PM No comments: Links to this post

Lots of people, even some I respect, are speculating who the Republicans will field in 2016. It's way early but I bored so I will play the game.

Lots of Republicans think they have a strong team of governors to choose from. Really?

Chris Christie (20 to 1)
The problem with being an asshole who garners support through threats is that when the fear is lifted "supporters" quickly start looking for payback. Christie's New York money is running from him faster than an ambulance on the George Washington Bridge.

Rick Perry (50 to 1)
He's started wearing horn-rimmed glasses in an effort to look smarter than a stump. Not working.

Scott Walker (100 to 1)
Nothing says presidential timber like surviving a recall election with just 54% of the vote. Other Midwestern governors, Mike Pence, Rick Snyder, John Kasich, are even less likely.

Bobby Jindel (500 to 1)
Four years ago he was the Great Brown Hope for conservatives hating Obama. Since then he has been a cypher, a zero, bubkis. 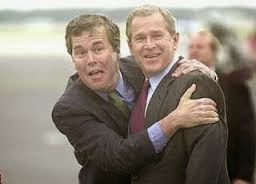 Pundits love politicians who have the time to hang out at Beltway cocktail parties and don't have to embarrass themselves by actually, you know, governing.

Jeb Bush (5 to 1)
The latest, and most talented, of the Bush Dynasty. Handicapped by being brother to one disastrous President Bush and son of another. Favorite of establishment Republicans; loathed by Tea Partiers; hated by nativists because he married a Mexican immigrant.

John Bolton (1000 to 1)
His campaign would entirely be about waging war with Iran. For starters. After than he'll want war with Russia, war with France, war with China, war with North Korea.

Rick Santorium (1000 to 1)
Runner up to Mitt last time. Republicans traditionally pick their second place finisher as their nominee the next go round.

Mike Huckabee (100 to 1)
Competing with Santorium for the Creationist/Puritan vote. 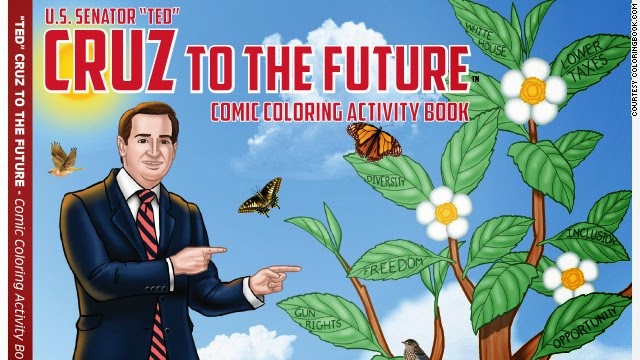 Republicans haven't sent a sitting member of Congress to the White House since Warren Harding. That went well.

Rand Paul (4 to 1)
Tea Party favorite with the strong organization of wackos formed by his dad.

Ted Cruz (10 to 1)
Touches all the bases. A religious nut, a Tea Party absolutist who believes two-thirds of Americans are traitors, a Hispanic from Canada who hates immigrants, favors war with Iran. Ted Cruz is almost a cartoon caricature of a Republican radical.

Marco Rubio (100 to 1)
A Cuban from Florida with vague ties to drug cartels. Briefly supported by pundits who thought the only way to defeat Democrats was with some, any minority candidate. Ted Cruz has sucked all the wind from his sails.

Paul Ryan (100 to 1)
Fully in bed with establishment Republicans, even known to have spoken in a civil tone to a Democrat. This makes Ryan a pariah among Tea Partiers.
Posted by knighterrant at 10:44 AM No comments: Links to this post

Pregnant women excepted, the coal industry's enhanced water is perfectly safe for people to drink.
1. Drinking Water Helps Maintain the Balance of Body Fluids.
Coal industry scientists have proven that the body requires a fine balance of H2O and 4-methylcyclohexanemethanol (MCHM). Absence of this necessary frothing agent leads to unwanted side effects such as long life and the resulting burden on Social Security.

2. Water Can Help Control Calories.
Drinking West Virginia tap water causes a sudden and complete loss of appetite. Drink enough enhanced WV water and you too can have a svelte supermodel figure. 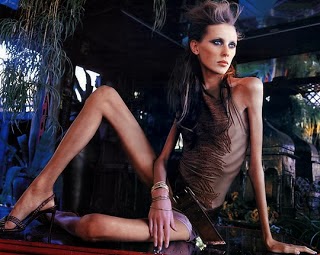 3. Water Helps Energize Muscles.
Especially the diaphragm and other muscles involved in the vomit reflex.

5. Water Helps Your Kidneys.
To dissolve.

6. Water Helps Maintain Normal Bowel Function.
As long as you consider bloody diarrhea to be normal.

When American industry is relieved of burdensome regulations the entire country will be able to enjoy the enhanced water now available only in West Virginia.

The preceding was a public service announcement by America's most patriotic business.
Posted by knighterrant at 10:12 AM No comments: Links to this post

One of the things that depresses me about modern America is how cheaply our politicians prostitute themselves. 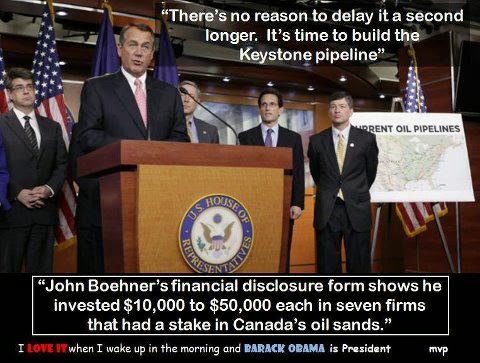 The Speaker of the House, for example, ought to demand a six to seven figure payout to demean himself into defending someone who has poisoned hundreds of thousands of Americans. John Boehner, for the low, low price of only $5,000, is supporting the company that dumped dangerous chemicals into the drinking water supply of 300,000 West Virginians.

The United States is the richest, most powerful nation on Earth. If we can't get honest political leaders can't we at least get higher quality whores?
Posted by knighterrant at 12:24 PM No comments: Links to this post 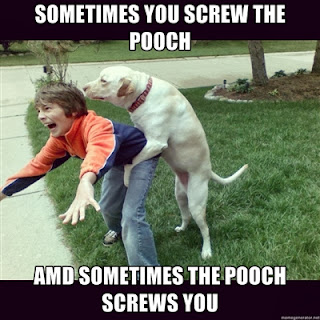 A nice way of saying, "you fucked the dog." First used by NASA personnel in the 1960's. It means botching up your end of an activity totally and completely.


While there have been many failures in the ObamaCare roll out, Kaiser Permanente in California has screwed the pooch the worst. Their job as an HMO is to manage health insurance yet they have totally bollocked the simple task of sending out invoices to their clients. They are so backed up they keep extending the deadline for paying invoices because they can't manage to get them out in the first place.

Hoisted With His Own Petard 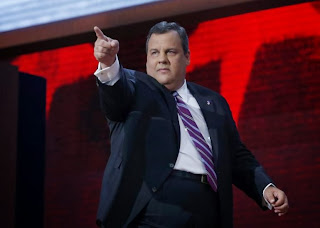 Blown up with your own bomb. Composed by Shakespeare in Hamlet.  The literal meaning is colorful - "to be lifted up by your own fart."

Chris Christie was hoisted with his own petard. His plan to punish Democrats in the city of Fort Lee by imposing a killer traffic jam has destroyed his chances of being elected President and may see him impeached.


Sold Down the River 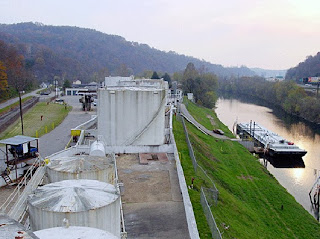 To betray the trust of people who depend on you. From the antebellum South when a slave owner would sell the wife or children of a slave down the Mississippi River into the deep South.


The people along the Elk River in West Virginia were sold down the river by the coal industry which has always considered their lives expendable, by their government which considers the public to be an annoying burden, and by their politicians who are bought and paid for by the coal industry.

Posted by knighterrant at 9:25 AM No comments: Links to this post

Gov. Christie on the GW Bridge Scandal (in Brief)


Posted by knighterrant at 11:51 AM No comments: Links to this post

Gallup has done a global poll that shows the United States is considered the biggest threat to world peace. Predictably, conservatives are outraged, blaming all those countries they believe the US is at war with for rigging the poll. Objectively (as objective as I can be), how should the nations rank. 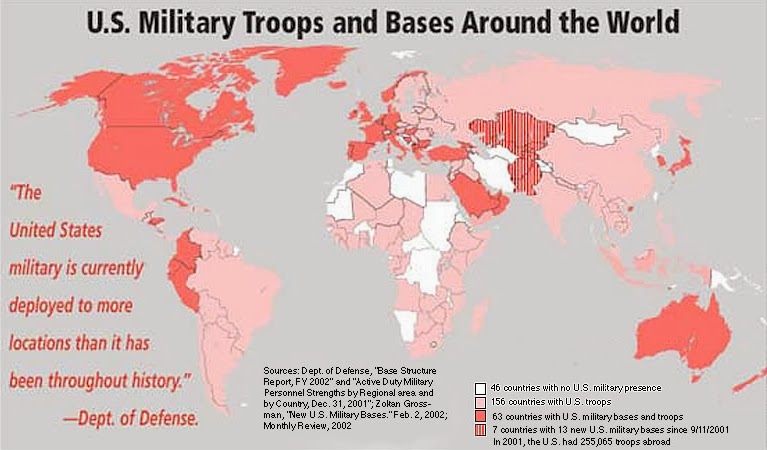 Largest (with Russia) nuclear arsenal.
Largest military budget, a whopping 39% of the global total.
Second (to China) largest armed forces.
Over 700 military bases worldwide; military personnel stationed in 156 countries.
Directly attacked citizens in several sovereign nations in 2013 including Afghanistan, Yemen, Somali, Pakistan, and Libya.
Aids the militaries of scores of other nations in either confronting their neighbors or imposing force upon their own citizens.
Along with North Korea, is the only nation with politicians openly longing for nuclear war. 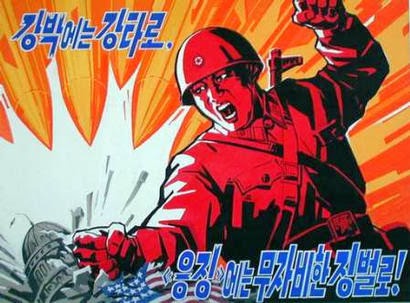 Has a handful of nuclear weapons, about 10.
Openly belligerent toward her neighbors.
Has a huge military, fourth largest. Over 6% of the population is in the military; add in reserves and the number grows to 40%. Their military consumes a quarter of North Korea's GDP.
The political leadership is both paranoid and insane. 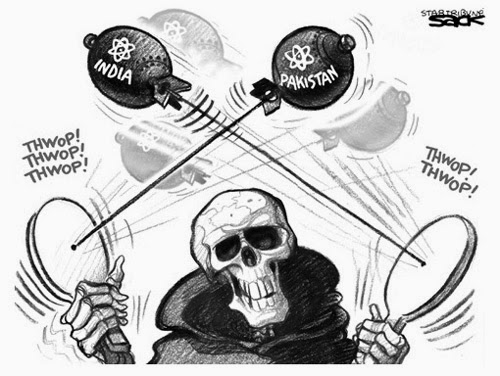 Over 100 nukes.
Home to thousands of al-Qaeda militants.
Has a hate-hate relationship with her southern neighbor, India.

The other half of the sub-continent power keg. It is commonly believed if nuclear war happens it will happen between these two countries.
Has periodic skirmishes with Pakistan over disputed Kashmir.
Over 100 nukes.
Third largest army in the world. 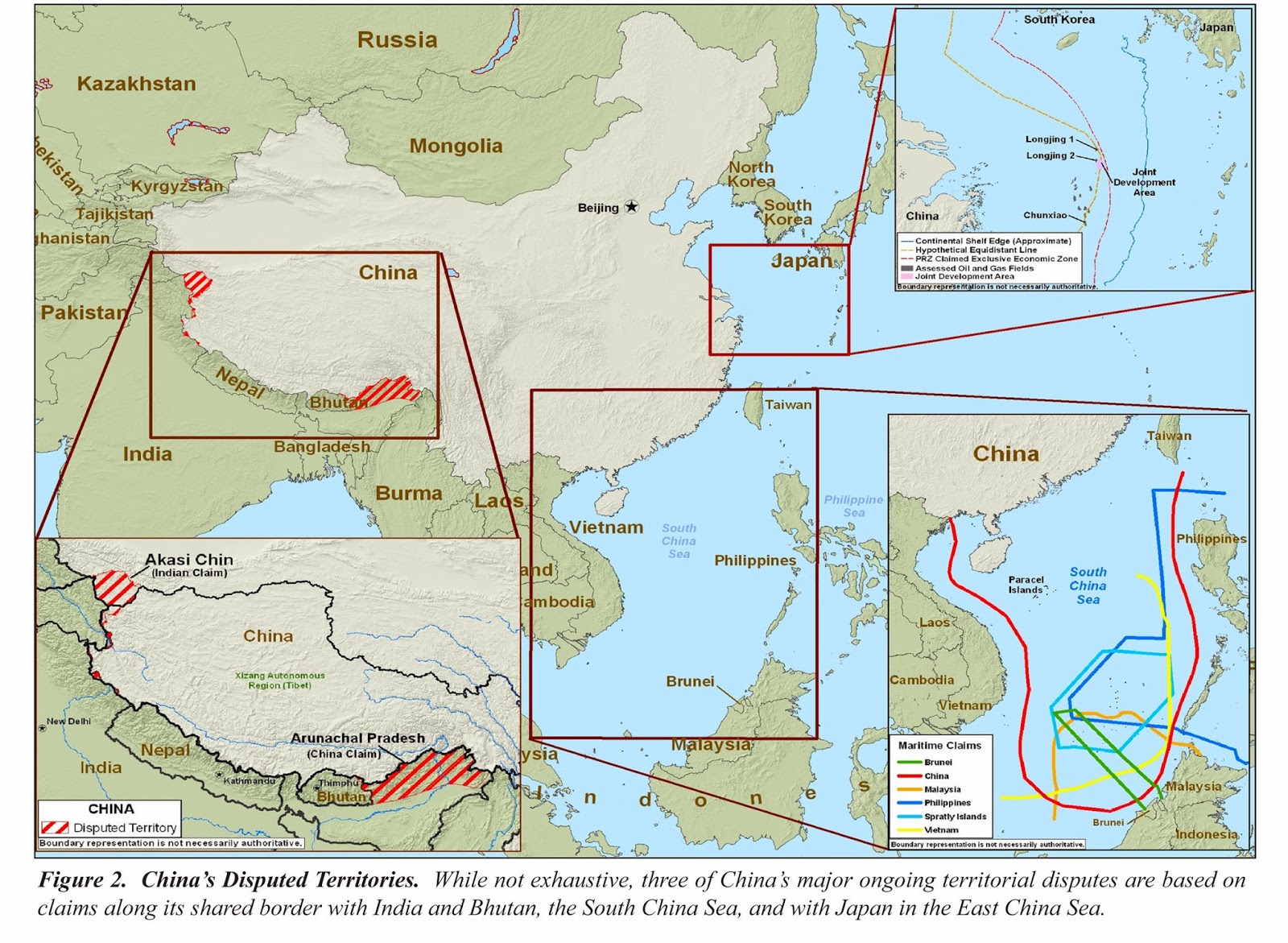 Largest military, over 2 million men at arms.
Has multiple territorial disputes with neighbors including India, Japan, Taiwan, Vietnam, Bhutan, and the Philippines (in the South China Sea).
Has, probably, over 400 nukes.
As its economic power increases, China is beginning to project more militarily.
Posted by knighterrant at 4:34 PM No comments: Links to this post