Congressman Swindler
My congressman, Duncan Hunter Jr., has been indicted for stealing campaign donations. His pappa was a grifter too. Senior managed to wriggle out of trouble because he was a smart grifter. Junior is an idiot. His thefts were blatant, ranging from petty to gross, done with a consciousnesses of guilt but with cover stories so inane a four year-old could see through them.

Duncan will be reelected. Half the Republicans in my district are so clueless they think Pappa Hunter is still their congressman while the other half would vote for Al Capone if he were a Republican running against Jesus Christ.

Double-barrel Guilt
I've been amused by how the right-wing media have tried to spin the Mueller convictions and Cohen guilty plea. Most spent yesterday trying to pretend they never happened, burying the story beneath fluff and nonsense.

Redstate.com and Sean Hannity treated the Mueller conviction like a baseball score. Only eight convictions out of eighteen charges means that Mueller's defense won. Of course, Mueller's record is a dismal zero wins, eight losses, and ten draws. I'm sure Mueller is comforted by that thought though as he prepares to spend the rest of his life in prison. Mueller has another trial coming up in a D.C. court.


If it please God to give your enemies another such victory, they are ruined. ~ Claude de Villars to his king following the Battle of Malplaquet

National Review's Andrew McCarthy and Rudy Guiliani tried to spin Cohen's guilty plea as a good thing for Trump. Now that Cohen is a confessed liar, any future testimony he gives is discredited, they claim, whistling past the graveyard. McCarthy also states, without any evidence, that Cohen had only one tape of Trump incriminating himself. That's probably false, if he taped one conversation he taped others.
Posted by knighterrant at 11:25 AM 6 comments:

Trump Parade Cancelled to Save Money

Trump' military penis parade has been cancelled because it was costing too much money and I can testify that's true.

I was intending to leave the country to avoid any coverage of it, probably flying down to Cabo in Mexico just after election day. I don't have to go now, saving over a thousand dollars.

Which reminds me of an old Abbott and Costello routine.

PS: I never noticed before, Trump doesn't just do math like Lou Costello, he wears his tie in the same comic way.
Posted by knighterrant at 10:04 AM No comments:

The Image of the New Welfare Queen 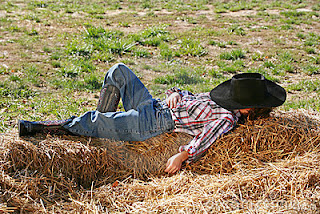 Trump is giving $12 billion of taxpayer's money to farmers who have lost their markets due to the Trump tariffs.
Posted by knighterrant at 3:02 PM No comments:

Trump and Putin Sitting In a Tree 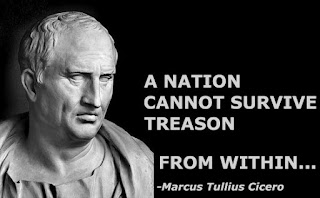 That earthquake you feel is Ronald Reagan rolling in his grave. Trump's European vacation put to bed the notion that he is anything other than a Russian agent planted in the presidency by foreign spies for the purpose of destroying the United States and the European alliance from within.

Trump capped the affair with a joint presser with Putin where he attacked American law enforcement and sided with the Russian spymaster/president.

Before today, no President would have dreamt of ambushing American institutions on foreign soil. Trump not only did that, but he did it standing next the leader of a nation that Reagan frequently called an "Evil Empire." There is really no other word to describe the events of today except...

Posted by knighterrant at 10:53 AM No comments: 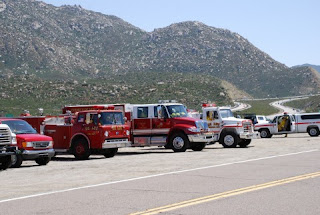 My sister-in-law lives in Alpine east of San Diego. She is under mandatory evacuation from a brush fire that is approaching her neighborhood.  It is fucking SoCal fire season.
Posted by knighterrant at 12:40 PM No comments:

In 1980, Tom Metzger won the Democratic primary for California's 43rd Congressional district with a little more than a third of the votes cast. Many credited his win to his ballot description as a "small business owner." A more accurate description was "Grand Wizard, Ku Klux Klan."

In 2018, proud American Nazi Arthur Jones was unanimously nominated as the Republican candidate for the Illinois 3rd Congressional district.

The Illinois Republican Party has denounced Jones and has said they want some Republican to run a write-in campaign. It is likely no one will. No Republican ran against him in the primary or signed up as a third party candidate because no one wanted to taint their Trumpian creds by opposing a white nationalist.

In 1980, the Democratic Party was quick to denounce Metzger and endorsed the Republican, Clair Burgener, in the general election. With the support of both parties, Burgener won a resounding victory.

What Illinois Republicans have steadfastly refused to do is endorse Jones' Democratic opponent, Dan Lipinski. In the end, the Republican Party will weakly embrace their Jew hating, Holocaust denying candidate because "the worst Republican is better than any Democrat."

Update: Ten Cruz has called for Republicans to vote for Democrat Lipinski. So far, he is the only Republican in the country to take that stand.

Update 2: Fulfilling my prediction, Republican governor Bruce Rauner adamantly refuses to endorse the Democrat even when the Republican candidate is an open Nazi.
Posted by knighterrant at 10:36 AM 1 comment:

The first concentration camp in Nazi Germany was at Dachau, founded in 1933 just weeks after Hitler became Chancellor. Its purpose was to house political prisoners, liberals and communists, for "reeducation." Its location in Bavaria was chosen because it was where Nazi support was strongest and the local population was unlikely to protest. It evolved, in time, into a forced labor death camp.

The first concentration camp specifically for murdering those the Nazis deemed subhuman, like Jews, was Auschwitz–Birkenau. Auschwitz was opened in 1940 in occupied Poland to hold Polish political prisoners. The Birkenau extermination camp annex was built in 1941. Fully operational, it could kill and cremate 20,000 people in a day.
Posted by knighterrant at 10:04 AM 1 comment: