The Best Part of Traveling Abroad 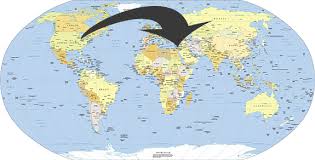 Is that for the last ten days absolutely nobody mentioned Donald Trump. I talked with a lot of people about a lot of topics but none of them were the Orange Menace. It may have been out of politeness over our national embarrassment or, as I assumed, a total disinterest in our buffoon-in-chief, but the disinterest was a blessed relief.
The second best part is being half a globe away from the plant life I am allergic to. It is only when I travel I realize how low maintenance sinuses and nostrils are for most of humanity.
Posted by knighterrant at 9:28 AM No comments: Links to this post

Bye for a couple of weeks

I feel a little guilty for leaving the United States now when I might be needed to join the Resistance should Trump attempt to dissolve the Justice Department, but my travel plans were made months. However, I'm visiting Israel which may be involved in a war with Syria, Russia, and Iran by the time I get there. So, karma.
Posted by knighterrant at 4:59 PM 1 comment: Links to this post

Will the Last Trumpite Please Remember to Turn Off the Lights 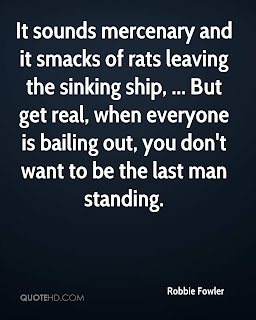 Paul Ryan is skedaddling just a month and a half before the filing deadline for candidates in Wisconsin. Republicans now will be scrambling for a replacement who will have little time to get together a campaign staff and fundraising apparatus. So far all the have is a white supremacist Paul Nehlan and Nick Polce who has to date raised $325 for his campaign.

The Democrat in the race, Randy Bryce, has raised nearly $5 million for the campaign.
Posted by knighterrant at 9:05 AM No comments: Links to this post

Trump News of the Day 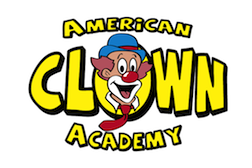 I've known a lot of lawyers, more than average for someone who is not a career criminal. Michael Cohen, Trump's jackleg shyster, always struck me to be on the lower rung of legal intelligence. Sure, he's good at threats and would have made a fine enforcer for Dutch Schultz back in the day, but as a lawyer he sucks.

When Trump threw Cohen under the bus last week by claiming he had no knowledge of the Stormy Daniels NDA, Trump gave clear probable cause of Cohen having committed fraud. That just adds to Cohen's double dealing with Russia. Based on what I've seen of Cohen's lawyer, David Schwarz, Cohen is in deep shit. Schwarz is even dumber than Cohen. 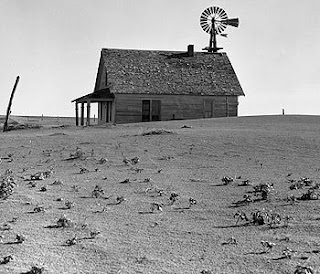 Trump has told American farmers that they will have to be good patriots and suffer (with bankruptcy) for Trump's ego trade war with China. Of course there are always winners and losers. And while American farmers will be the big losers, the big winner will be Trump's BFF Vlad Putin. Russia's vast agricultural production will be happy to take over trade to the Chinese.

Syria Quandary
Trump wants a big, splashy attack on Syria, especially now with the Cohen news, but where? All of Assad's government military bases have Russian troops or advisors attached. Attacking them means killing Russians. That would miff Putin and Trump is afraid of Putin. ISIS troops are dispersed and there is no convenient concentration of forces to bomb. He could bomb a few isolated camps but that isn't nearly showy enough.

He could order an attack on defenseless civilian neighborhoods or firebomb a wide swath of the Syrian desert, kill a few score Bedouins, and claim a huge victory.

Posted by knighterrant at 4:54 PM No comments: Links to this post

It bears repeating. China will not meekly surrender in a trade war. 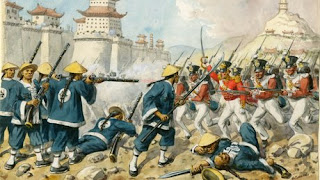 China has a history in trade wars unlike anything the United States has ever experienced. If Trump could read he would do well to study the history. The humiliation of China during and after the Opium Wars is taught in Chinese schools from an early age. It is a lesson seared into Chinese consciousness - never again. The Chinese will not allow themselves to suffer indignities.

Trade deficits with China are a recent thing, only a couple decades old. China didn't really emerge on the global stage until it joined the World Trade Organization in 2001. 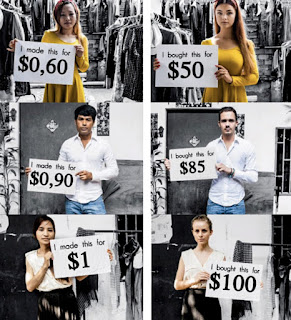 American businesses, like dress maker Ivanka and tie seller Donald, have gone to China seeking sweatshop labor that is illegal in the United States. The products are then marked up extravagantly for sale in the US. American businesses have made billions of dollars from this "unequal" trade. Ford sells more cars in China than in the United States, earning $1.5 billion from the Chinese market in 2016. General Motors has done even better. Trade with China has made American fatcats significantly fatter.

From the Chinese perspective they have been more than fair. They help American businesses be prosperous and use the trade surplus to invest in American bonds, keeping US interest rates low. They see it as a win-win. Trump wants to create a lose-win scenario where China is the big loser.

China has the second largest economy in the world and is leading the United States in emerging technologies like solar power. The Chinese may view this trade war as a dying gasp of a fading superpower that seems determined to return to the 19th century. 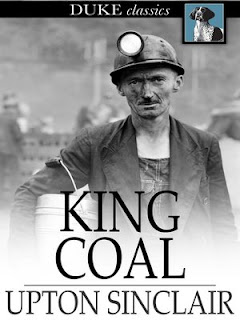 They will not be submissive in facing the US. The Chinese do not remember the 19th century kindly.
Posted by knighterrant at 9:38 AM No comments: Links to this post