Beckism in the Pews

It is becoming clear that Glenn Beck believes he will be personally responsible for a religious revival in the United States. What is not clear is exactly how his delusions will play out.

Posted by knighterrant at 3:58 PM No comments: Links to this post

Muslims Are the New Jews 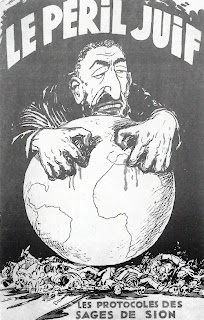 This was going to be a post comparing that savior of American Christianity Glenn Beck to Father Charles Coughlin but you can't do this comparison without first noting how Radical Christian antisemitism has shifted from hating Jews to hating Muslims.

Original antisemitism began with blaming Jews for the death of Christ. It was enhanced by the blood libel that they had strange rituals including sacrificing Christian children. (An aside here, Christian churches do practice ritual cannibalism during their communion ceremony. Judaism has no practice remotely similar.)

The apocalypse theology rampant among Radical Christians since the 19th century requires a Jewish state in the Middle East as a condition for the Second Coming. No Israel, No Rapture. There is no love for Judaism here, only the belief that there needs to be a Jewish state for the Antichrist to destroy. 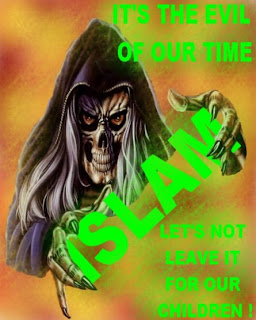 Islamophobia follows a similar path. For Christians, Islam has replaced Judaism as the enemy of Christ. There is the communal blame, the belief that all Muslims bear responsibility for all the world's evil. There is even a modern blood libel accusing Muslims of cannibalism.

Every aspect of antisemitism can be found reflected in current anti-Islamism. Every slander, every lie, every fear. We are even seeing the faint beginnings of pogroms.

So when I compare Glenn Beck to the antisemitic Father Coughlin I am on solid ground. If you doubt me, compare the antisemitic drawing at the top with the modern anti-Islam poster.
Posted by knighterrant at 9:42 AM No comments: Links to this post

Afghan insurgents stage a raid dressed in US Army uniforms. So, how did they get the uniforms?

The Army hires civilian contractors (mercenaries) to transport clothing into the country; the mercs sell uniforms complete with body armor to the Taliban. Soldiers hire native servants (Dhobi and darzi using the terms from the British Raj) to wash and mend their clothes, some of which will go missing. And I suspect some soldiers will sell the uniforms of dead colleagues for fine Afghan opium.

There are many ways for an Afghan rebel to find American uniforms and American weapons.
Posted by knighterrant at 8:16 AM No comments: Links to this post 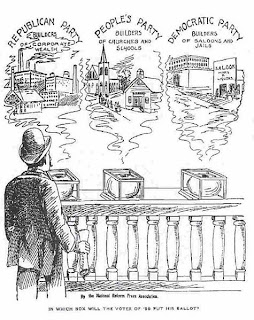 Yesterday I pointed out that the Tea Party Movement is simply the grandson of the Know Nothings. Its father is the People's Party.

In the late 19th century the Republican Party, like now, served only Wall Street, the Robber Barons, and corporate interests. The Democratic Party served urban immigrants and Southern segregationists. Ignored were the farmers and ranchers and from that sprang the Populist or People's Party.

While the People's Party was less nativist than the Know Nothings or the Tea Party they were still anti-immigrant, anti-Semitic, and anti-black. Unlike the Tea Party, the Robber Barons failed to coop the Populists.

It was born during the long depression of the Gilded Age when the extremely wealthy bought, sold, and rode politicians like polo ponies. Their platform included:

The present system [...] opens our ports to the pauper and criminal classes of the world and crowds out our wage-earners; and we denounce the present ineffective laws against contract labor, and demand the further restriction of undesirable emigration. ~ 1892 platform

Comparing the Populists with the Tea Party shows clear similarities in the anti-immigrant fervor. Where they differ is on the economy where the Tea Party is the most vocal advocate for lifting the burden of taxes from billionaires and supporting a corporatist hegemony over all aspects of society.

That such positions will do immense damage to the lives and livelihoods of rank and file Tea Partyites does not seem to occur to them and indicates the degree to which the Robber Barons have bought off the Tea Party leadership.
Posted by knighterrant at 9:37 AM No comments: Links to this post 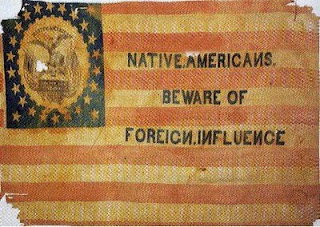 Before there was a Tea Party there was the Know Nothing Party of the 1850's.

Like the Tea Party the Know Nothings were nativists whose hatred of foreigners was only slightly greater than their hatred of urban "elites."

The Know Nothings were terrified that America was being overrun by foreigners who didn't share their loyalty to the U.S. Constitution (Irish Catholics then, Mexican Catholics now). They saw an international conspiracy by a Semitic religion designed to conquer the nation (Jews then, Muslims now). They also hated Americans who were not as American-American as they were.

When the Know Nothings get control, it will read ‘all men are created equal, except Negroes, and foreigners, and Catholics. ~ Abe Lincoln, 1855

The similarities between the Tea Party and the Know Nothings is striking. 1856 Know Nothing Political Platform
The Know Nothings became powerful enough to run a candidate for president in 1856. Millard Fillmore was the Sarah Palin of his time. Judging from the mid-term elections to date, may reach an equal level of influence. 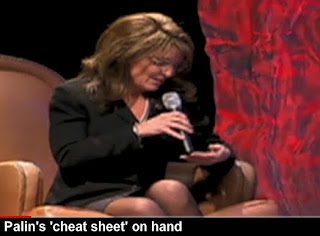 Sarah certainly qualifies as a Know Nothing.
Posted by knighterrant at 9:26 AM No comments: Links to this post

The Evils of Religion

I don't actually hate religion. For example, I have not met a Quaker who did not impress me as thoughtful and caring. But, there are several important aspects of many of the world's religions that can only be described as evil. 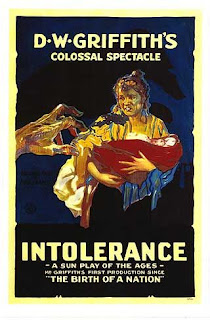 Certainly the most pervasive evil of religion is when it teaches hatred of others. Wahabi Muslims, Mormons, and Southern Baptists are three modern sects where intolerance is a major sacrament.

People are always murdering each other over often petty matters of dogma. Catholics wear the blood of centuries of inquisitions as they tried to stamp out competing faiths. Here is a modern Catholic defense of inquisitions. Countless wars have been fought over religion. Excluding disease, religion is the most frequently cause of death in human history. 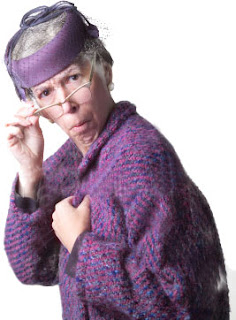 Wahabi are infamous for requiring women to dress the same way nomadic Arabs did in the 10th century. Mormons prescribe sacred underwear. As long as they keep their prudery to themselves I don't care. But....

In Israel, ultra-orthodox Jews will attack tourists for immodest dress. American fundamentalists are debating whether to kill homosexuals or lock them up in concentration camps. Book banning is popular with Republicans. Many religions insist on forcing their bizarre morality upon everybody else.

Wherever there is prudery there is also hypocrisy. Family values Republicans carrying on affairs. Fundamentalist pastors with gay lovers. Catholic priests molesting children. They would impose on others a morality they would never practice themselves.

I don't care if some people want to believe that the universe is 5000 years old, that God shits and has a penis, or that when you die you become a god over your own planet. What bothers me is when they want to teach children these myths are facts.

Whether it is Muslims in Pakistan refusing to teach children anything other than the Koran or Baptists in Texas forcing religion-based phony science on public schools the motive is the same, keep their idea of God alive by keeping people stupid.

Fundamentalists fear science and truth because they know their concept of God requires a childlike faith. They honestly believe that knowledge is the greatest sin of all.
Posted by knighterrant at 9:46 AM No comments: Links to this post 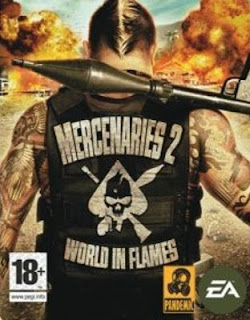 Hadmid Karzai (not my favorite Afghan) has pointed out what should be obvious, the civilian contractors in Afghanistan are are seeking profit at whatever cost to the Afghan people.

"Contractor" in Afghanistan and Iraq is just a polite term for "mercenary." They are not there to be nice or kind or helpful or even loyal to a cause. They are there for money and money alone. They have a vested interest in insuring the war lasts forever (there is no profit in peace).

If they can double their profits by working with the Americans during the day and helping the Taliban at night then they will do so without the slightest qualm. Are civilian contractors providing security for opium druglords? Almost certainly, and they are probably double billing the United States Army for the work.
Posted by knighterrant at 10:37 AM No comments: Links to this post 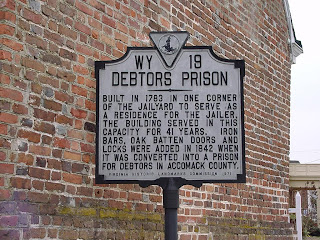 How completely Victorian Republicans have become is indicated by how they want to treat the millions of people who can't find a job in this horrible economy.

What is terrifying is how many voters listen to the heartless scoundrels.
Posted by knighterrant at 10:13 AM No comments: Links to this post

Nine-Digit Whitman
I've seen this before just not on this scale. Billionaire Meg Whitman has hired just about every campaign consultant in California. She has outspent her Democratic rival Jerry Brown by 15,000% yet the best she can show for it is a dead heat.

The consultants are so orgasmic over spending this kind of money they don't even realize the supreme irony of someone so extravagantly wasteful as Whitman claiming to be a fiscal conservative.

The Marrying Kind
Speaking of irony, have you ever noticed that the people who claim to be defending marriage are the ones most aggressively against other people getting married.

I find it interesting the number of Republicans who, when faced with the issue of gay marriage, immediately begin to fantasize about marrying their horses.

As a religious rite, marriage can have many definitions. The Episcopal Church is drafting gay marriage rites. In the United States there are Mormon sects that still sanctify polygamy, marrying dead people (proxy marriage), and child weddings. None of these are legal as civil marriages and the latter is legally statutory rape. Many Southern Christian sects still refuse to sanctify interracial marriages. The more fundamentalist the sect the more likely it is to refuse to allow interfaith marriage.

When Perry v. Schwarzenegger comes to the US Supreme Court, and it will, Justice Antonin Scalia ought to recuse himself because this proves he cannot be objective. Yet we know he won't because that would require a little intellectual honesty.

Dog Days of Summer
The plan by California teabaggers to use dogs to protest building a mosque (Is Temecula close to Ground Zero?) fizzled. Apparently, the belief by the Christians was that Muslims "hate dogs" and if a few mutts slobber on the construction site the mosque will have to be moved. Well, only one dog showed up and he was leashed. Apparently, dogs are more tolerant of other faiths than conservatives. Of course, dog spelled backwards is....
Posted by knighterrant at 8:06 AM No comments: Links to this post 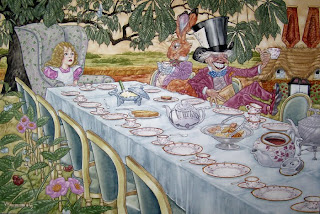 This was a more diverse, and more sane, tea party.
Posted by knighterrant at 9:04 AM No comments: Links to this post

The Afghan War's targeted killing program sounds a lot like the old Search and Destroy operations in Vietnam.

One of the persistent fallacies of American military strategy is the belief that guerrilla forces require the same inflexible, top-down, chain-of-command structure to operate as the US armed forces need. If only we kill their generals, think our generals, they will be helpless. It's silly, really. Guerrilla wars, by their nature, lack a central command to behead.
Posted by knighterrant at 9:32 AM No comments: Links to this post