I was surprised to discover that there is a gateway to hell in Stull, Kansas. Although that would explain all of Kansas history from Quantrill's Raiders to Sam Brownback.

According to legend (or maybe the bible or Quran) there are seven (or six) portals to hell located on Earth. According to the internet the planet is pockmarked with dozens of entrances to the devil's domain with an inordinate number in the US alone. Excluding Stull, here are my seven choices. 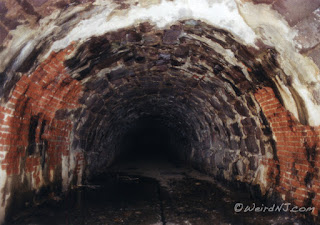 It may or may not have something to do with Chris Christie's enormous bowels but the story is that a storm drain in Passasic County, NJ is a portal to hell. Apparently there is an entire catacomb of rooms and tunnels where satanic rituals are commonly performed. 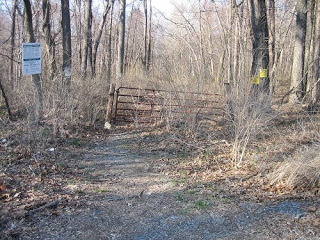 This is sort of a seventh son of the seventh son kind of gateway. On the site of an abandoned insane asylum there are seven gates, all but one are only visible at night. If you pass through all seven in the proper order you will be transported to hell. But be careful, the land is private property and if you don't get to hell you may end up in jail for trespassing. 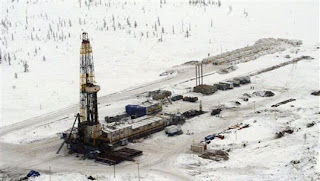 I love this one. In the 1980's Soviet scientists drilled 14.4 kilometers into the earth and broke through to hell itself. They could hear the cries and moans of the condemned souls emanating from the hole. Christian fundamentalists have been spreading this story enthusiastically. 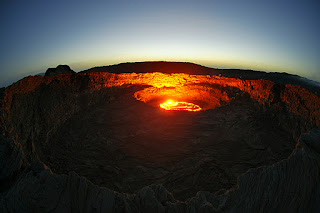 In the African Great Rift Valley the earth is literally being torn apart as two geologic plates move apart. The Danakil Desert is a hellish place of volcanoes, sulfur vents, and extreme temperatures. Hell is quite the tourist attraction. 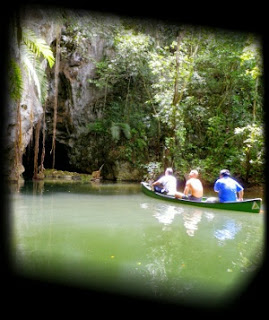 The Mayans declared these caverns were the entrance to the underworld. There is no known evil attached to these caverns except, of course, for the whole Mayan human sacrifice thing.

The Romans thought the same as the Mayans only their entrance to Hades was via a crater lake. This is by far the most beautiful portal to hell you'll find. 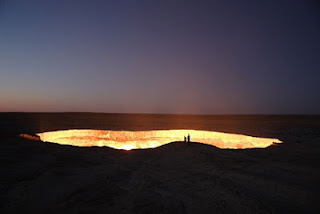 Whoopsie! Forty-one years ago Soviet (them again) engineers drilling for natural gas hit a huge pocket. The roof collapsed threatening the nearby villagers with death by poisonous gas fumes. Someone got the bright idea to set the open crater on fire and burn off the gas. They figured it might take a couple of days and they could resume drilling. The fire is still burning. It makes sense that the petroleum extraction business would open up a gateway to hell what with all their signed contracts with Satan.
Posted by knighterrant at 10:01 AM

But I will tell you: NONE of those entrances lead to my house.