Driven by hunger, a fox tried to reach some grapes hanging high on the vine but was unable to, although he leaped with all his strength. As he went away, the fox remarked, 'Oh, you aren't even ripe yet! I don't need any sour grapes.' People who speak disparagingly of things that they cannot attain would do well to apply this story to themselves. ~ Aesop, The Fox and the Grapes 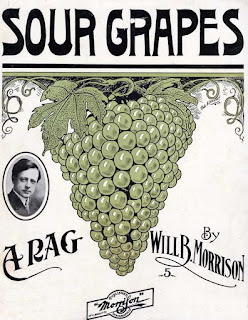 Tagg Romney, Mitt's kid, is now saying that Mitt didn't really want to be President.  It is a pathetic, childish, reaction to losing. Frankly, I'd be terrified if I had any money invested with such an immature venture capitalist.

The truth is that nobody spends six years of his life doing nothing but campaigning for an office he doesn't want. Mitt wanted to be President, just not as much as some other members of the Romney Clan.

Ann Romney had convinced herself that her husband was on a mission from God to fulfill Mormon prophecy. Ann struck me as a Lady Macbeth (without the knife) relentlessly pushing her husband to make himself king so she could be a queen.

Tagg Romney saw the riches he could make by marketing his investment firm's connections to the White House. It doesn't take much listening to Tagg to hear the unbridled greed oozing from every slimy syllable. 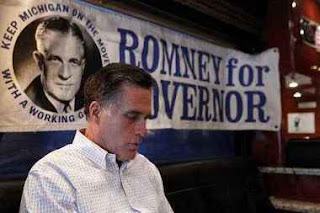 George Romney's Ghost had been in the background of every one of Mitt's many, mostly failed, campaigns. George's ghost constantly hovered over Mitt's shoulder, an oppressive and depressing burden on Mitt. George's ghost was always there reminding Mitt how bitterly disappointed the father was with his son.

Mitt desperately wanted to be President - albeit to quiet his shrew of a wife, to satisfy his pig of a son, and to stop the spectral whispers in his ear saying, "Can't you do anything right, boy?"
Posted by knighterrant at 11:14 PM

It was sort of a bizarre statement out of the younger Romney...

As you point out, he's been full-throttle on a mission for the presidency for years, and if he wasn't interested or thought it wasn't worth it, he could have sat out 2012 after seeing how 2008 went.

Instead, he used EVERY means at his disposal, collected every favor and dollar he could, and pulled out all of the stops to achieve what was obviously a dream of his.

The Aesop's fable quote is dead-on!