The "fiscal cliff" negotiations are really just a big ole game of chicken. 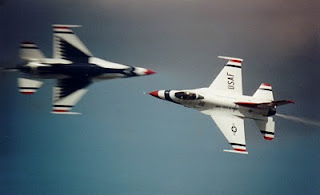 There are four possible outcomes:

Lunatics have a big advantage playing chicken. If you know your opponent doesn't want to die you can recklessly plow ahead confident your opponent will turn away first.

Chicken really gets fun when both sides are insane. Republicans are crazed zealots who would rather amputate their arms than shake hands with President Obama. They might crash the economy just for the hell of it. Democrats confidently believe they will survive the worst possible collision. It's situations like this that remind me of a favorite Mythbusters saying.

Posted by knighterrant at 11:28 AM