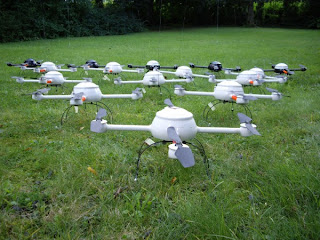 The people of Afghanistan and Pakistan are getting used to American robot planes soaring overhead, dealing death from above. Why should United States citizens miss out on this great, 21st century adventure?

Robot drones have names like Predator and Reaper (as in Grim) that clearly explain their principle function is extinguishing human life. For domestic uses, drones will have benign names like SmartBird and be made to look like seagulls.

Domestic UAVs are unarmed, for now, and only used to spy on Americans. But the original Pentagon UAVs were unarmed as well. With Predators already being used for border surveillance it would take very little to step up the war on drug cartels by arming the drones. And if the US government doesn't arm UAVs, the cartels will.

Drones will soon be available in large numbers on the commercial market. Law enforcement is already using them. Congress is being lobbied to force the FAA to allow the wide use of unmanned airplanes in the United States. As for concerns about a public outcry? That debate never happened. By the time the public knows that legions of robot planes are flying overhead it will be to late to stop it.

There will also arise fleets of miniature UAVs (like the squadron in the photo above). If all this makes you think that it is only a matter of time before the Hunter Killer drones from the Terminator movies appear, you should be aware that the armed Reapers in Afghanistan are developing minds of their own. 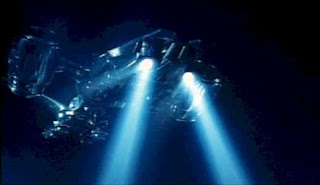 Posted by knighterrant at 4:24 PM