This administration has turned down numerous diplomatic overtures from Iran, and now rushes to escalate tension while refusing to negotiate. ~ Georgetown Voice

The United States is in fact a formidable adversary, there's not much advantage for us in engaging with them, ~ Secretary of Defense Robert Gates saying that the United States does not need to negotiate with Iran.

The Saudis were worried by the Baker-Hamilton report that the Americans would negotiate with Iran. ~ Iraqi analyst Mustafa Alani

Bush authorizes the use of force against Iranians in Iraq. ~ The Guardian 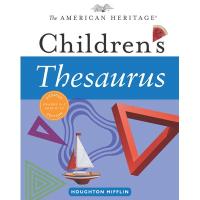 We believe that we can solve our problems with Iran diplomatically. ~ George Bush

It appears that Bush is confusing the concept of killing people without talking to them with the word "diplomacy" again. This book is only $17.95 from Bank Street Bookstore. Say the word, Georgie-Porgie, and I'll buy it for your birthday.
Posted by knighterrant at 2:53 PM

The progression looks remarkably like our progression toward war with Iraq. History repeats itself, especially for those who still cling to the notion that Iraq was, might be, could be, a win for us.

"OUR GREATEST WEAPONS in the war on terror...Note-- Sabers are not even on the list:
The US Constitution
The Bill of Rights
Our adherence to international law
Our respect for others of different cultures and religious faiths
Bear in mind-- that 'weapons' list is drafted by a General,"
blogger from Wesley Clark at UCLA