St. Patrick is to Ireland as Paul Bunyan is to Minnesota - mostly myth.

Drove the Snakes Out 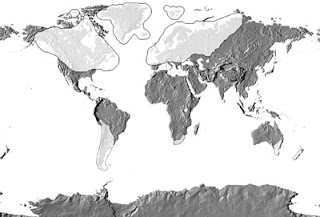 He Is a Saint 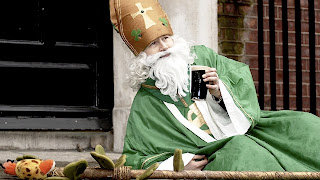 Patrick was never canonized. An Irish bishop back in the 7th century started calling Patrick a saint and it kinda stuck but no pope ever got around to actually, formally, bestowing sainthood on old Paddy.

Parades Are Traditional in Ireland
The parades are an American tradition. The first was held in New York in 1762. Parades were held in New York, Boston, and even Chicago long before the "tradition" was exported to Ireland. The date did not even become an official holiday in Ireland until 1903. The first St. Patrick's Day parade held in Ireland only happened in 1931. Butte, Montana has a longer tradition of St. Patrick's Day parades than Dublin. 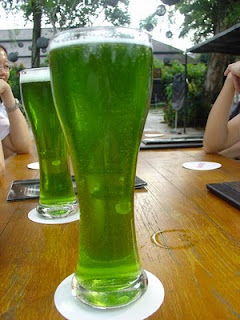 Irish value their stout Guinness brew too much to foul it with food dye. The habit of coloring beer green is another American innovation. Pouring green crap into the pale pilsner that Americans call beer can't possibly ruin it.
Posted by knighterrant at 9:15 AM