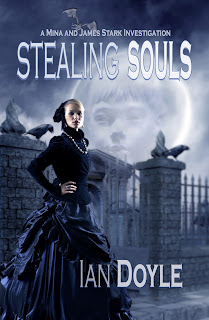 One of the strangest rites of Mormonism is their practice of proxy baptism. The practice is simple, a Mormon decides he wants to convert someone who is already dead. The Mormon gets baptized in the dead guy's name and, presto, a new Mormon corpse.

The list of dead converts is huge including Adolph Hitler, Lee Harvey Oswald, and the 9-11 hijackers - because what would heaven be without those folk? Mormons are also big on stealing the souls of Jewish Holocaust victims. The practice continues even though Jews have objected, rightly considering it an abomination. It has been recently reported that the souls of the parents of Simon Weisenthal have been despoiled by baptism.

Mormons claim their baptisms are voluntary, that the dead have a right of refusal. However, apparently, Mormons believe "exalted" Mormons become demigods ruling their own planets after death and that the path of godhood lies in how many souls they convert to Mormonism.

Mitt Romney has preformed proxy baptisms, including taking the soul of his wife's dead atheist father who had specifically rejected the LDS church while alive. This seems to imply that postmortem baptisms are not voluntary but rather Mormons believe they can force the dead into a faith they rejected while alive.
Posted by knighterrant at 12:17 PM

Since the dead are dead, and they are just huddling over a dead body, it would seem that, even if this somehow had something to do with a "heaven", all they would get out of it is a dead body in heaven. Baptism is stupid to begin with -- the notion that dumping someone in water has some mystical, spiritual effect. I can't understand how people ever got convinced that this makes any sense. It seems like a modified form of what Achilles is supposed to have experienced, I suppose. To take baptism a step further to cover the dead is not to take it very much further along the stupid scale.

I stand corrected. They don't huddle over a dead body; they hover over a live body and pretend that it is the dead person. Who dreams up this nonsense?????

If others want to start a "for the dead" program, GREAT! I'll take the help in the next life. I'm related to a 14th century Pope...can I get the Catholics help? I've also been blessed by His Holiness the Dalai Lama - bonus point there I'm sure.

Baptism for the dead is a harmless ritual of faith for those who do it. It certainly isn't "soul stealing"...No one can take your soul from you. If you think it can you have bigger problems.

That you focus so much negativity on a practice of love that is meant to give all souls an opportunity to accept or reject Christ is really telling of your level of bigotry and Trollness.

Has anyone thought of the fact that upon the very moment of death, the soul is judged, and therefore, no other judgements or baptizements are included for that soul. They are not recognized after the moment of death, only mercy prayers for the soul are acknowledged. One can pray for the souls of the dead, but baptism ceremonies after death do nothing to add to the soul.

As are many things, it's worth it if only for the comedy. If I'm dead I'm all for anyone doing anything to what's left as long as someone gets a good laugh out of it.