Children For Sale in PA 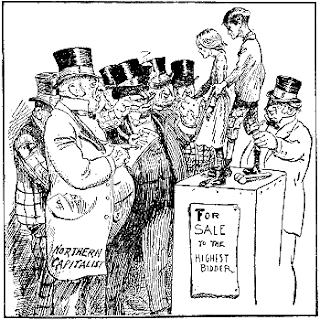 A Pennsylvania juvenile court judge brokered an agreement with the builders of a couple of for-profit youth detention facilities. He would send the children who came before him to their kiddie prison, in chains, on the lamest of excuses. In exchange he received $2.6 million in "finders fees."

Judge Mark Ciavarella is getting twelve years in prison. The hundreds of children railroaded by Judge Ciavarella in his "Kids for Cash" program get a lifetime of traumatic memories. Two of the men who profited from the detention facilities, Robert Powell and Robert Mericle, have copped pleas.

Another man, Gregory Zappala (Powell's partner), has not been accused of any wrongdoing. I am certain this has absolutely nothing to do with the fact that Zappala is the son of a former state Supreme Court justice and the brother of the Allegheny County DA. Of course, Zappala continues to profit from the illegal acts as his kiddie prisons continue to operate profitably.

Read Also: No one, well almost no one, is comparing the Zappala family to the Corelone family. That doesn't mean the family wouldn't make a fascinating study for anyone with the time, resources, and superhuman fearlessness to investigate the Zappala family.
--The detention scheme was lucrative.
--The children were the real victims.
--Powell tried to escape Judge Ciavarella's shakedowns by hiding out in Costa Rica.
Posted by knighterrant at 6:32 PM