When Is the Best Time to Attack the US?

You're Vlad Putin planning your invasion of the Baltic States, or Xi Jinping looking to finally retake Taiwan, or whoever's running al-Qaeda these days seeking the perfect date for that long delayed terrorist attack on Bowling Green. When is the best time to do the deed? 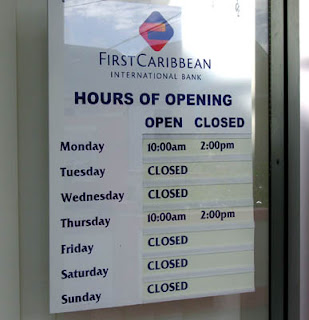 If you want to attack when the President is off the clock then you definitely want to strike Saturday morning. Trump will be on the golf course having left strict instructions that nobody is to interrupt his backswing for an international crisis. Your invasion will have until Monday after lunch, which is the earliest Trump is willing to listen to bad news after his weekend off.

The date and time for World War II's D-Day was chosen for the most favorable tides and weather. It also serendipitously coincided with Field Marshal Erwin Rommel's wife's birthday. Rommel had taken the day off to go home and celebrate with his family. It took precious hours for the man tasked with Germany's defense against the invasion to get back to his headquarters.

But, maybe the weekend is the worst time to attack. Perhaps you want Trump fully involved in the decision making. 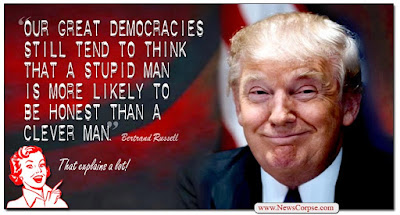 During WWII, British intelligence services devised several plans to assassinate Hitler. None were carried out in large part because it was decided that Hitler alive was better for the Allied's military efforts.

Every time Hitler injected himself into military planning the German war effort suffered. From the invasion of Russia in 1942 that got bogged down because he didn't consider that Russian winters were worse than German winters, to Stalingrad where his forbidding tactical retreat led to the lose of an 800,000 man army group, Hitler's military decisions were notable for being profoundly stupid.

If I'm Kim Jong-un, I want Trump running things when I invade South Korea. Trump is such a fuck up Kim might find himself ruling both Koreas and Japan and threatening Alaska before Trump can be replaced.
Posted by knighterrant at 4:49 PM