Far be it from me to feel sorry for Paul Ryan, he is a mean spirited jerk who never met a working class American he didn't want to fuck over. Still, how Trump treated Ryan on Saturday is horrible. 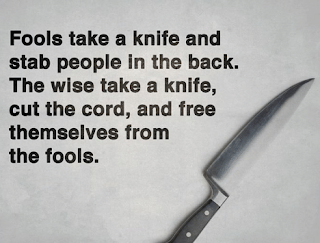 Ryan worked his ass off selling TrumpCare, staking his reputation and influence on the bill. Trump repaid him by specifically promoting a Fox talking head he knew would call for Ryan to resign as Speaker of the House.

This is what loyalty gains you in the Trump universe. Win and he'll claim all the credit. Lose and he'll kick you to the curb with cutlery sticking out of your spine. The fact that he'll need Ryan's loyalty later never enters his mind.

The question before the court is whether Ryan will debase himself and take the abuse like a vassal or stand up like a man the next time Trump demands his servitude.
Posted by knighterrant at 11:55 AM