Who in history do the Republican candidates remind me of?

Donald is a three-headed viper. He has the intellect of Warren Harding(l), universally regarded as the dumbest man to ever sit in the Oval Office. Like Trump, Harding was a womanizer, at least Trump marries some of his flings. Harding used illegal substances while in office - he was a drunk during Prohibition. Watching Trump, it is easy to believe he does a couple lines of cocaine before going on stage.

In the middle is Huey Long, the Kingfisher. Populist popinjay, Long campaigned on a platform of soaking the rich with a folksy persona that appealed to a certain type of voter.


Hain't we got all the fools in town on our side? And hain't that a big enough majority in any town? ~ Mark Twain

On the right is Benito Mussolini, fascist dictator of Italy. Like Trump, he was media savvy and a showman. Like Trump, he made outlandish promises to restore his country's imperial greatness. And also like Trump, he had a rubber face that made weird expressions that the public, somehow, found endearing. 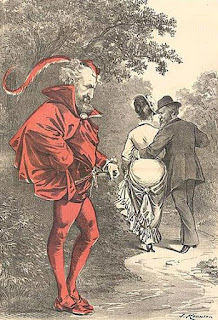 Carly's doppelganger is Roscoe Conkling (in red above) who ran for the Republican nomination for President in  1876. Physically, they are nothing alike. Beside gender, Roscoe was a big man. He got his start in politics as a Tammany Hall thug who would beat up anyone suggesting reforming political corruption. Roscoe believed in patronage - to the winner belong the spoils. He hated the civil service and wanted the President to have the power to fire any government employee he wanted. Roscoe was the poster-boy for corrupt politicians throughout the second half of the 19th century.

Carly wants to fire tens of thousands of government workers. Her business record is rife with corruption - circumventing sanctions to sell HP products to the Iran government and using debt to generate phony sales growth while at Lucent. 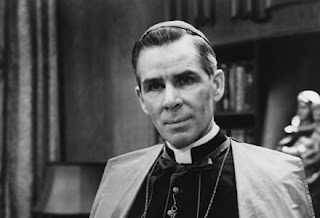 Carson's holier than thou campaign strategy reminds me of the first televangelist, Bishop Fulton Sheen. Bishop Sheen never ran for President but he did think of himself as a kingmaker. He flirted with fascism in the 1930's. He felt non-Christians were corrupting the nation and a threat to Christianity. Both Carson and Sheen were soft-spoken men with the stench of religious bigotry about them.

Jeb! Bush
Is his older brother George without the charisma.

Cruz reminds me of Rudolf Hess. Both were hate filled, well spoken, more than a little insane, and thought themselves more popular than they actually are. Terrifyingly, they look a lot alike. It's like Cruz is Hess, reincarnated. 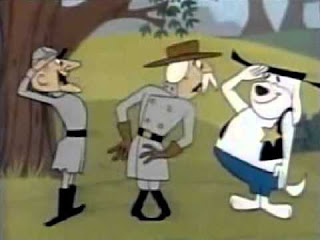 That's Deputy Dawg. A not very lovable oaf, swollen with his own sense of self-importance, that the rest of the world considers a pathetic clown. I thought about going with Pat Paulsen but Pat was way more popular than Scott who is down to asterisk in the polls. 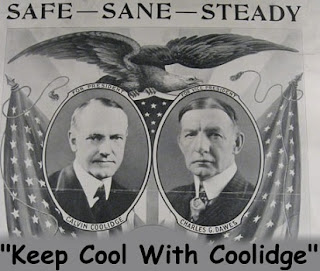 I almost forgot Marco, mostly because he is eminently forgettable. Marco reminds me of Calvin "Silent Cal" Coolidge. I don't think he has said anything the least bit interesting. For all I know, Marco has never said a word. He is currently leading the race of the people with at least a few seconds of government experience so I guess there is something to being young, cute, and boring.
Posted by knighterrant at 1:09 PM