I Love the Smell of Panic in the Morning 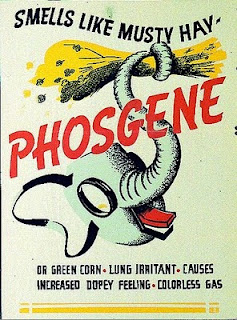 Trolling through conservative sites this morning, I am picking up the fetid scent of hysteria in the air.

Rubio supporters are imagining a scenario where Rubio bribes Ted Cruz to drop out of the race by offering Cruz a seat on the Supreme Court. They think adding Jeb Bush's establishmentarian backers will catapult him into a strong second place which, by Rubio math, means victory.

Cruz supporters claim that a strong third place is really second place which is, of course, really first place. They cling to the belief that Super Tuesday is his firewall where Southern evangelicals will gift him with multiple victories even though evangelicals in very Southern South Carolina voted for Trump over Cruz and polling suggests Trump will win Super Tuesday.

Both sides are clinging to a fantasy that if everyone else would just drop out their man would win a head-to-head contest against Trump. In fact, most Cruz die-hards could never vote for RINO Rubio while several establishmentarians have said they would rather have Hillary Clinton than Ted Cruz. Republicans all over the internet are repeating the phrase "It's not over yet" as if it were an incantation to ward off Satan.

As for the victor, Trump is taking his bludgeon to Marco Rubio. Trump is shifting to Super Tuesday. He is appealing to the racist base of the Republican Party by noting that Rubio is a hyphenated American born of two non-citizen immigrants. Trump is going birther on Marco.
Posted by knighterrant at 10:18 AM