There are none so blind as those who will not see. ~ Old English Proverb

Luis Lang is the die-hard conservative Republican who refused to buy health insurance because Obama is an evil Kenyan and refused to treat his diabetes because he liked smoking and drinking Coca-Cola (Also, probably, because he figured God would never afflict him with disease). Now, he's going blind from his untreated diabetes, he wants free health care and he's outraged because he can't get it.

His problem is partly because he lives in South Carolina which, for political reasons, refused to implement the Medicaid expansion. But mostly Mr. Lang's problem is himself. He adamantly refused to buy health insurance during the enrollment window when it was available because he believed universal healthcare was a commie plot by that wicked Obama.

Mr. Lang lacked compassion when it was asked of him and is now demanding it of others while still refusing compassion for anyone else.

Yet, he is being given compassion, but only from the left side of the spectrum.  A GoFundMe site has raised thousands of dollars for his health care but the only ones giving are the "liberal fascists" Mr. Lang continues to despise.

His conservative brethren are ignoring him with the same silent contempt Mr. Lang would show someone else.  I've searched all the major conservative website (FoxNews, Redstate, Daily Caller, Townhall, Drudge), there is not a single mention of Luis Lang. The same community that feted a bigoted pizza maker with $840,000 can't be bothered with even a single paragraph or single dollar for Mr. Lang. 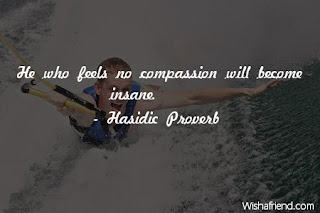 "Compassionless" describes Republicanism more accurately than any other single word.
Posted by knighterrant at 11:24 AM