Killer Kids and the Gun Cult 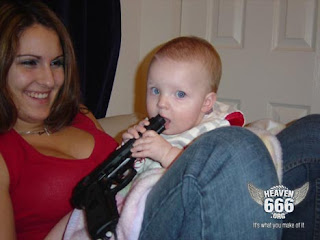 I admit it's a culture I don't understand. There is a sub-culture in America, mostly concentrated in rural areas, that worships guns as a deity. It goes way beyond anything those of us who live in urban/suburban regions find rational. Yet it exists, it shapes national policies, and it kills children.

In that culture, a five year-old can own his own rifle and play with it without supervision and no one thinks that is insane. That five year-old can shoot his two year-old sister and, while people will be momentarily distressed, they will not for a moment question the notion of arming small children. 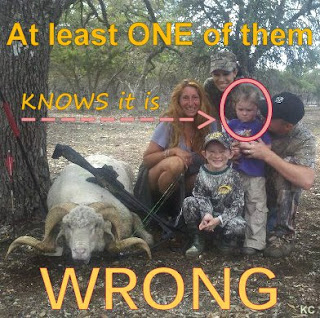 In that culture, a child is taught to kill even before he/she is taught to read. They are taught to suppress their natural revulsion at snuffing out the life of one of God's creatures and learn to revel in blood sports.

I could tolerate their abhorrent culture if they kept it to themselves. But, Gun Cult worshipers insist on imposing their strange ablutions, baptism by gunfire, on the whole of the country. Guns in homes, guns in public spaces, guns in schools. For a religion that worships guns no number of firearms will ever be to much.
Posted by knighterrant at 9:38 AM

I do not think it is reduction ad absurdum to suggest that under this theory, tactical nuclear weapons are protected by the second amendment. I do not like slippery slope arguments as a general principle, but the arguments always go so beyond "protecting my home" or the ubiquitous "hunting" justifications.