Let us say that in some point in the future the government wants to round up American citizens of foreign ancestry, how would the begin?  Obviously, the first step is to deport aliens legally in this country. The more difficult problem is the collection of  "aliens" who are also American citizens. 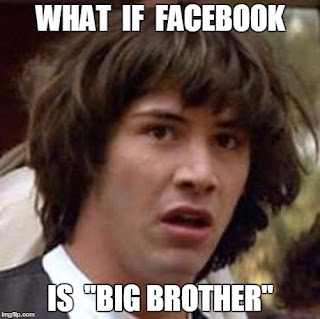 The Department of Homeland Security has developed a plan. They have written a rule, no need for Congress to waste its time legislating, requiring foreign visitors, permanent residents and even naturalized citizens to disclose all of their social media information. Also to be collected are any movies they've watched, music listened to, Google searches, and family history.


This rule will allow the government to build dossiers on the entire population of targeted races and creeds, what they say to each other, and identify those natural born American citizens who commit race treason by befriending the targeted populations.  The perverse irony is that they are using the "Privacy Act" for this invasion of privacy.

It's an ominous step in turning the DHS into the KGB.
Posted by knighterrant at 9:05 PM