Law and Order: Part One, the Police

In the criminal justice system, the people are represented by two separate yet equally important groups: the police, who investigate crime; and the district attorneys, who prosecute the offenders. These are their stories. ~ Law and Order opening narration 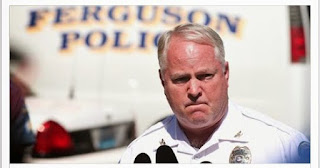 A basic tenet of the criminal justice system is that the police are infallible. They are upstanding and true, they never make mistakes or lie under oath. Police crime labs are miracles of science that can deduce the absolute truth from the tiniest speck of evidence and never, ever falsify their results.

Those are fairy tales, of course. Police want to "get the bad guys" so they will lie if the facts are insufficient for a conviction. Or they made mistakes or panicked and shot an unarmed child and are covering their asses. Crime lab techs are not top of their field scientists (sorry Abby Sciuto) but people who couldn't get good paying jobs in the private sector. They make mistakes all the time and occasionally just fabricate their results because convictions matter over truth.

DNA tests are touted by the FBI as accurate to 1 in 108 trillion but when you factor in the skill of the technicians and the fact they analyze chemical replications of the sample, the accuracy is probably closer to 10,000 to one. Fingerprint reliability is even worse. Yet we citizens are taught that both are totally infallible. 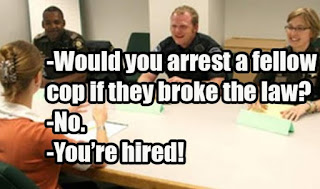 Nothing makes a police officer lie more freely and brazenly than covering for the criminal activities of a brother officer. Police are trained from their first days that theirs is a brotherhood, like the Mafia, and that their first responsibility is to protect their brothers up to and including covering up murder. 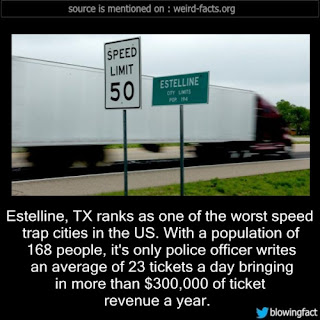 In many jurisdictions, patrol officers are expected to earn their salaries through writing traffic tickets. In Estelline, TX (above) moving violation citations are a major source of revenue for the city. Taking bribes from drug dealers won't get you canned, but failing to meet your ticket quota is a fireable offense.

The concept of civil forfeiture has greatly upped the ante on using police as an income generator for municipalities. While some states require criminal convictions to seize assets, in many other states an unsubstantiated charge never proven in court is sufficient for the police the take cash, cars, boats, and any other property they want. Economist Frédéric Bastiatthe has described it as the "conversion of the law into an instrument of plunder." Which makes police little more than government authorized pirates. 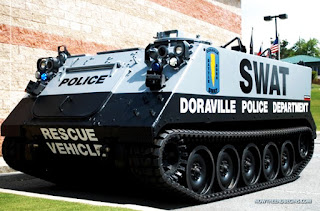 Take a tank, stencil the words "rescue vehicle" on it and it is still a military vehicle. SWAT was originally designed as a small detail of specially trained officers who would be called into service on those rare times when patrol officers were outgunned. Now, SWAT has become the military arm of the police and is used for everything from serving misdemeanor warrants to bashing in the door of people whose property the police want to seize (see above).

There are over 80,000 SWAT raids a year, some 75,000 of these are unnecessary uses of force. They are so frequent that mistakes are common. SWAT has raided the wrong houses, killed innocents, and even led to the needless death of police officers. 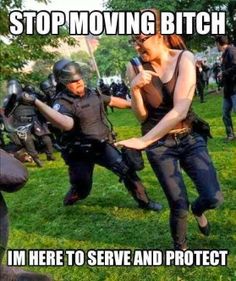