The American Circus of Lunacy

The British have the Monster Raving Loony Party, we have Republicans.

Cruz Courage Failure
In a small, private meeting, just Ted Cruz and a few of his millionaire investors, Cruz tentatively questioned Donald Trump's judgement. The statement got out and Trump challenged Cruz to say publicly what he was whispering in private to his "bosses." Cruz, with the craven obsequiousness for which he is justly famous, immediately kowtowed and twitted, "Donald Trump is terrific."

Carson Will Bolt the Party If Trump Isn't Nominated
Republican leaders are musing about managing a brokered convention to prevent Donald Trump from becoming the party's leader. Ben Carson is having none of it. He is threatening to leave if party leaders use the delegate process to keep Trump from getting a majority of the convention delegates. In other words, if politicians use politics to influence a political party Carson will throw a tantrum.

Romney's White Horse
It is an LDS article of faith that should the US Constitution be hanging by a thread a Mormon leader will rise up at the last moment to save the nation. A growing theory is that, in a brokered convention, Mitt Romney will be selected by the delegates to save the nation from the joint threat of Donald Trump and Hillary Clinton. With neither money nor organization, Romney will ride to the rescue in a historic election.

'If Cruz Is Elected I'm Going to Canada' 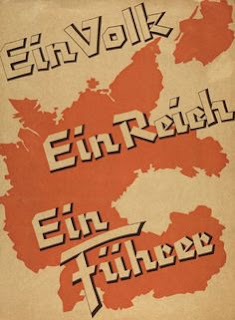 An opinion that is showing up on many comment boards is if Ted Cruz becomes president people will seek asylum in Canada. It may not work. In 1938, the foreign born leader of Germany forced the country of his birth to join his greater German Empire. Jews who sought asylum in Austria didn't do well.
Posted by knighterrant at 11:49 AM