Here's a plan. It's a good plan that will kill two birds, so to speak, with one stone. Send the Duck Dynasty Klan to fight ISIS. 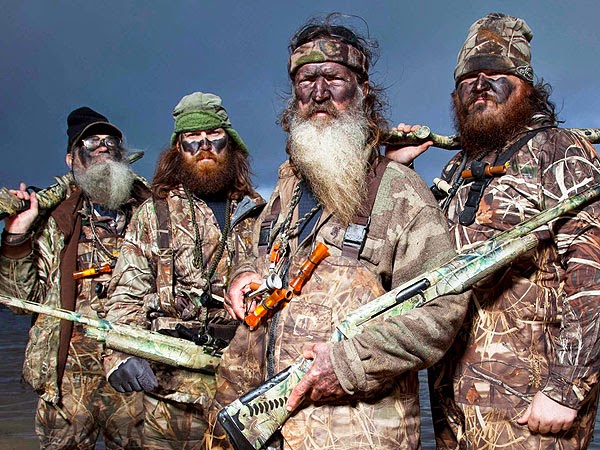 They have a plan (convert a few, kill everybody else). Republicans are always complaining that President Obama doesn't have a plan. They already have guns so it won't cost taxpayers anything to arm them.

But, don't just send those four wackadoddles, that wouldn't be fair. Recruit an entire army of the "convert them or kill them" crowd. Yes, including Anne Coulter. We could call it the Jesus Brigade. Who wouldn't want to see Sen. Lindsey Graham in combat fatigues backing up his words. 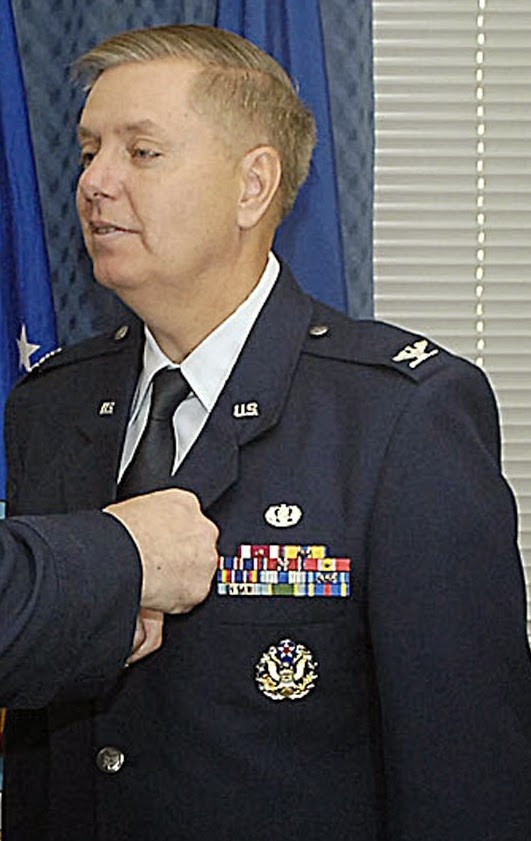 Sen. Graham used to claim to being a Desert Storm veteran until somebody pointed out that he spent the war hiding under a National Guard desk in South Carolina. Still, he did get a shitload of medals for heroic filing and stapling.

There are problems. People like Ted Nugent, Sean Hannity, Sarah Palin and Dick Cheney (why not send him, too?) are notorious cowards who love seeing other people do the fighting and dying as long as they can stay thousands of miles from the bloodshed. A call for volunteers to fight, without pay, for Jesus and America would go completely unanswered. Their confessed love of God and Country only goes as far as Sunday football services. President Obama should his executive powers as Commander-in-Chief to draft all the warmongers into the Jesus Brigade and send them to the front.

Of course, we know what will happen. The Duck Dynasty troop is only brave when killing unarmed water fowl. Faced with an actual ISIS soldier shooting back they will shit themselves, drop their guns, and quickly convert to Islam.
Posted by knighterrant at 11:09 AM