We're not talking your normal cock-ups but fails so monumental it would have been infinitely better to not have tried at all.

Harold Camping was the latest, in 2011, of a long line of religious hucksters to predict the end of the world. He had had used his own propitiatory form of numerology (that wasn't the least bit satanic) to predict the exact date and time of the rapture when Bible believing Christians would be whisked up out of the clothes and carried naked to heaven to be out of harm's way for the end of the world. Camping's church publicized his prediction across his 150 station radio network and bought numerous billboards 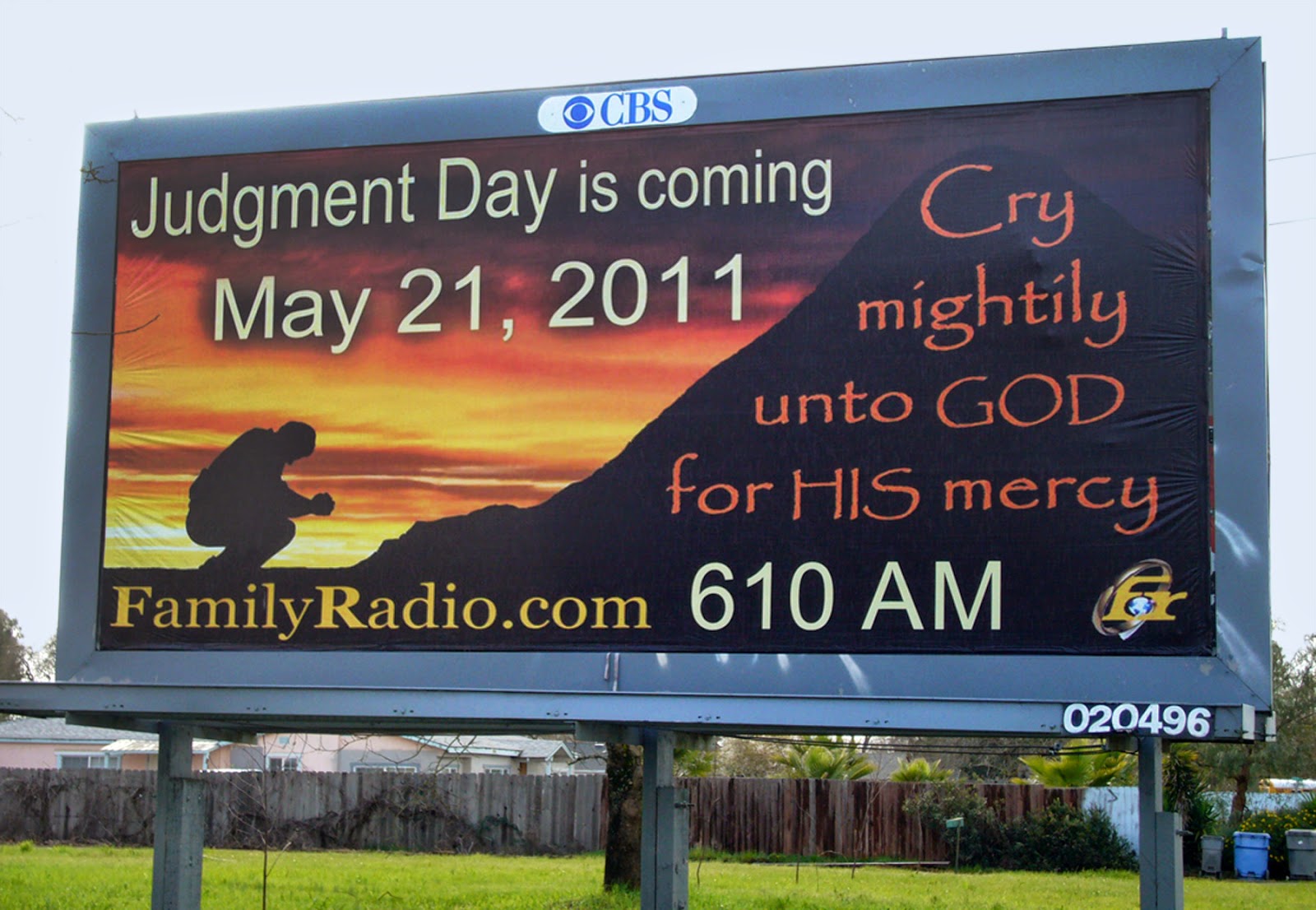 advertising the event. Of course, May 21 came and went without so much as a plague of frogs so Camping adjusted his prediction six months to October 21 and tried again. And failed again.

True believers sold off their property and quit their jobs to prepare for Judgement Day. One mother tried to kill herself and two children so they wouldn't have to live through Armageddon. Many committed suicide either because they couldn't face the future or in grief because thought they had been left behind. Camping's Family Radio Network began believing its own con and started spending money like there was no tomorrow (literally). After the failed predictions, donations disappeared faster than a raptured soul. Camping didn't just kill innocent dupes, he killed his own golden egged goose. 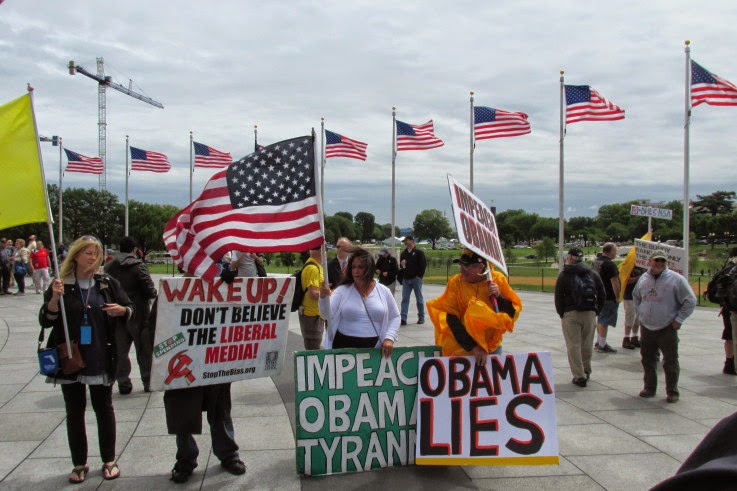 For months, Col. Harry Riley (ret.) has been planning the biggest march on Washington in American history. He predicted 10 to 30 million people, righteous patriots, would gather last weekend (May 16, 2014) to force the ouster of the elected leadership of the United States with a tribunal led by Rand Paul and Ted Cruz taking charge until the Constitution could be restored. Col. Riley wanted at least a million people to stay in the capitol for several weeks until the government fell and freedom was restored

Turn out was a tad light. Only a few hundred, not a few million, showed up. The protesters were outnumbered by tourists.  Excuses abound (although the best have been proposed by liberals). Supporters blame:
3. Rudy Giuliani's Presidential Campaign 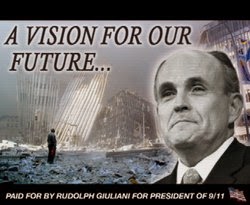 Rudy Giuliani had been humiliated by Hillary Clinton when he ran for the Senate in 2000. But he was rehabilitated by terrorists on 9-11 and by 2007 he was the clear frontrunner for the Republican presidential nomination the next year. In March 2007, Gallup polls gave Rudy a 24 point lead over second place John McCain. He had a shitload of money, by the third quarter of 2007 Rudy had more money on hand than Mitt Romney and John McCain combined.

But Rudy didn't want to invest his money in retail politics in places like Iowa or New Hampshire. He preferred big media buys in big states like Florida and California. And his campaign tactics were downright bizarre. For example, he would "spontaneously" interrupt events to take phone calls from his "loving" wife (he was having a not very secret affair with Judith Nathan at the time). He avoided the early primaries and racked up a string of embarrassing single digit results. 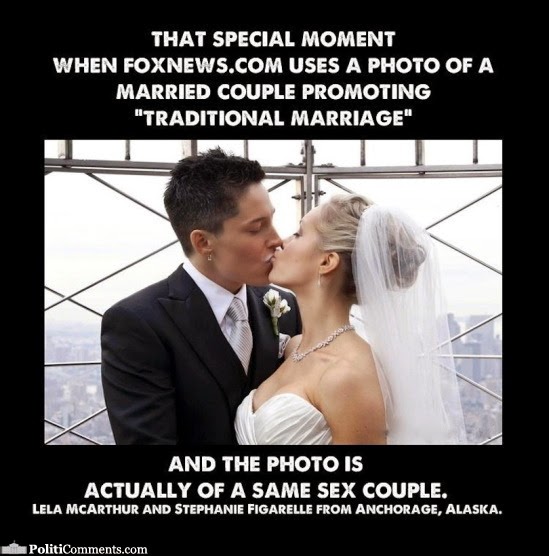 The Family Research Council was founded in 1983. Their raison d'etre is to make life miserable for gay people everywhere. When they started, gay marriage was illegal in all fifty states. Even the concept of marriage-like civil union existed nowhere. Like King Canute, the FRC has stood on the shore and commanded the tide of social change to not come in. And like King Canute, they have failed.

At the beginning of the year, same sex marriage was legal in 17 states. Just this year, judges in seven additional states have ruled bans unconstitutional. Polls indicated that nearly 60% of Americans approve of gay marriage while only one in three stand opposed. The anti-gay marriage movement has failed faster than the pro-slavery supporters and those opposing women's suffrage. 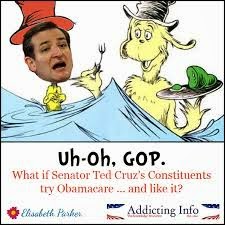 Remember six months ago? The Republican Party was united under the leadership of a wackadoodle named Ted Cruz. They proudly shut down the government and proposed collapsing the entire economy to prevent Americans from having access to reasonably priced health insurance. They were going to repeal Obamacare or destroy the nation trying.

That was then. Recent polls show 60% of the public want to keep or improve the Affordable Care Act. While Republicans will still talk the game to their radicals, but only if they are forced to. Mostly Republican politicians have grown strangely quiet on the issue and will admit, in the seclusion of K Street cocktail parties that Obamacare is here to stay.

Posted by knighterrant at 3:37 PM

This is a great post. I'm also somewhat relieved that my last attempt at writing a novel didn't make the list...